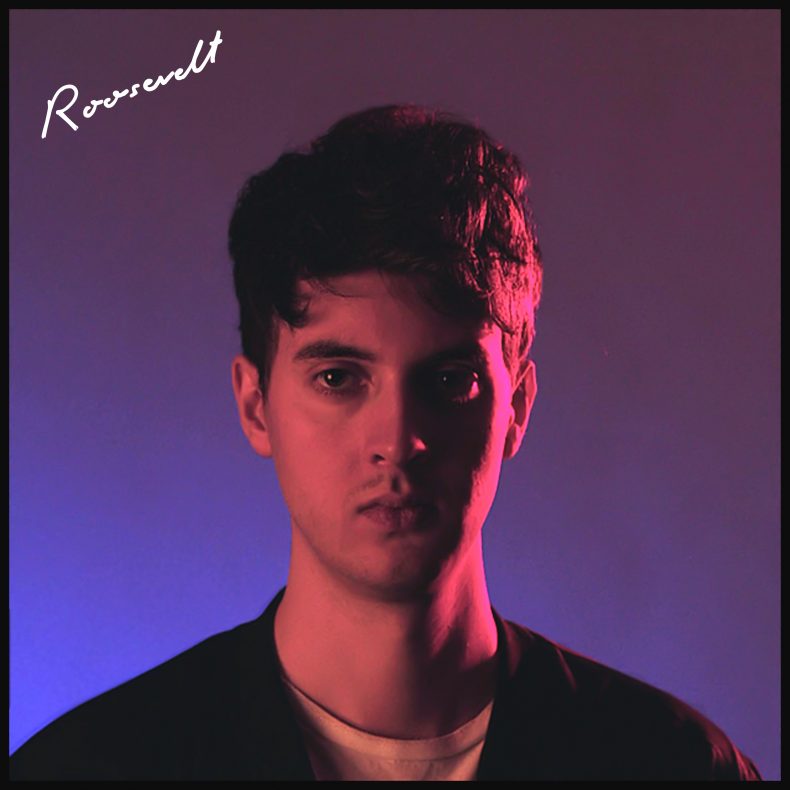 To mark its launch Roosevelt unveiled a new video- which features two tracks from the album (“Colours” and “Moving On”) along with the album’s tracklist and artwork. This double-bill approach gives more insight into the album than the usual standard one song video format, but the intention was creative as much as it was practical.

With a surreal sensitivity akin to his previous videos, “Colours” stars Roosevelt alongside various characters in an abstract exploration of the five senses (touch, sight, smell, taste and hearing). The segue into “Moving On” then follows the protagonists’ walk from their dream-like state into an everyday street scene, where they find themselves lost in the sensory overload of real world modern life.

Written, recorded and produced by Lauber over a period of two years, Roosevelt the album is a pillow-soft hallucinatory dreamscape of nocturnal reveries and a lilting sense of melancholia, where sounds build and swell like waves. Roosevelt’s signature hazy sound which ascends ever skywards is still present and correct on the album – but this time it’s honed, crafted and less loop based. Roosevelt showcases Lauber as a fully developed recording artist, with an instinctive synthesis of different soundscapes. This is a record with a deep affinity to the dance music world unified with sophisticated, classic song structures.

Roosevelt’s growth was catalyzed by an early DJ residency at Kompakt’s Total Confusion party alongside Superpitcher & Michael Mayer, with the label also releasing an early remix of his for COMA. These experiences helped Lauber realize how dance music connects to its audience in a different way to what he’d experienced from earlier days spent performing in bands. “What I really enjoyed about DJing was that you could see the results immediately – there was feedback and interaction from the crowd,” he explains. Check out the video for “Colours” below.

by Aaron Badgley on October 4, 2019
WIVES So Removed City Slang Records So Removed is the first album for WIVES, the four-piece band based in Queens, New York, and it is an impressive debut. Here, they are trying to be gritty and to [...]