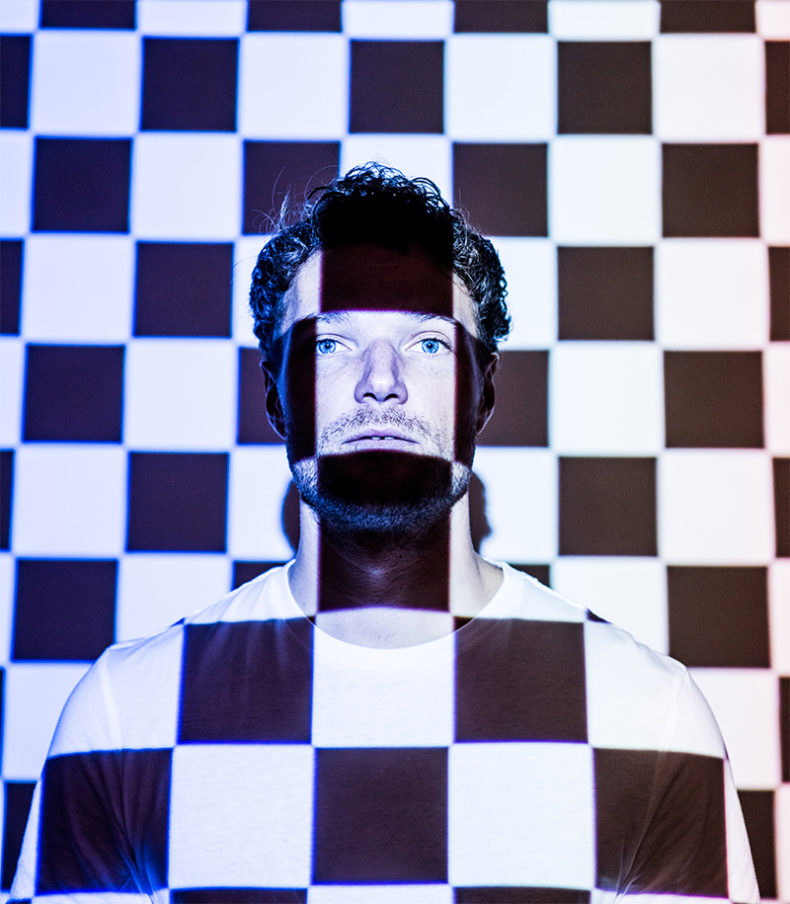 Rich Aucoin has never been one to do things normally. You know the stories by now: How he toured across Canada on a bike – confirming the next night’s show from the green room of the venue he was currently sound-checking in. On that bike tour, he ran a half-marathon in every city, raised money, donated every cent to Leukemia research. On the next tour, he ran half marathons for Heart And Stroke while at the same time recording 2011’s We’re All Dying To Live, featuring over 500 players. And his first EP, Personal Publication, syncs up perfectly with “How The Grinch Stole Christmas” and 2014’s Ephemeral with “The Little Prince”. How every show features a custom video opening and a party under a parachute and at the end of that show, he puts his phone number up and you texted him.

Well, if you’ve received a text from Rich today, or saw a poster around town, or on social media, asking Rich to text you, then you’ve likely already heard the news that there’s a new EP coming out on March 16, and you’ve probably already heard the new track, “Release”. He’s currently hunkered down in a call centre today sending the new track to everyone who has texted him in the last 6 years – totaling almost 16,000 friends and strangers – and to every new fan texting him today. If you missed the poster, it says:

Did You Text Rich Aucoin At A Show About His Music?

Today’s reveal of “Release” is also accompanied by a video directed by Dave Hung, who worked on Kanye West’s “Famous” video, and was shot on four separate occasions off the coast of Nova Scotia. The video is a departure from Aucoin’s homage pieces in “Want to Believe”, “Brian Wilson is A.L.i.V.E” and “IT” – this time favouring a long meditative, photographic shot. While filming, Aucoin lay in the water, repeating the mantra of there being no shark attacks in Nova Scotia while the rest of the crew flew drones safely from shore.

It shouldn’t surprise you to learn that when Aucoin’s computer was stolen on a surf trip in Costa Rica in 2016, along with it went most of the recordings for the new EP. Gone. All but one completely finished new song which he had sent to his manager. That song was to be the last song of the new EP. And that record? He didn’t just start over – he made his best work ever: spanning through electro-jungle variations to joyous and catchy orchestral pop.

That song he managed to save? It’s the one you’re hopefully hearing now. “Release” is a sprawling instrumental which features the drumming of Broken Social Scene’s Justin Peroff. The heavy electro track is built upon vocal samples and pads sung and manipulated by Aucoin which weave in and out of Peroff’s hard-panned grooves and modulating synths.

Chapman, the track is a stark contrast to the short high-tempo songs from Aucoin’s previous release, Ephemeral. The track hints toward a rebirth for Aucoin and stimulates a need to experience his high energy live shows which, coincidentally, begin in Canada on February 20. Full tour dates can be found below with more dates being announced shortly.