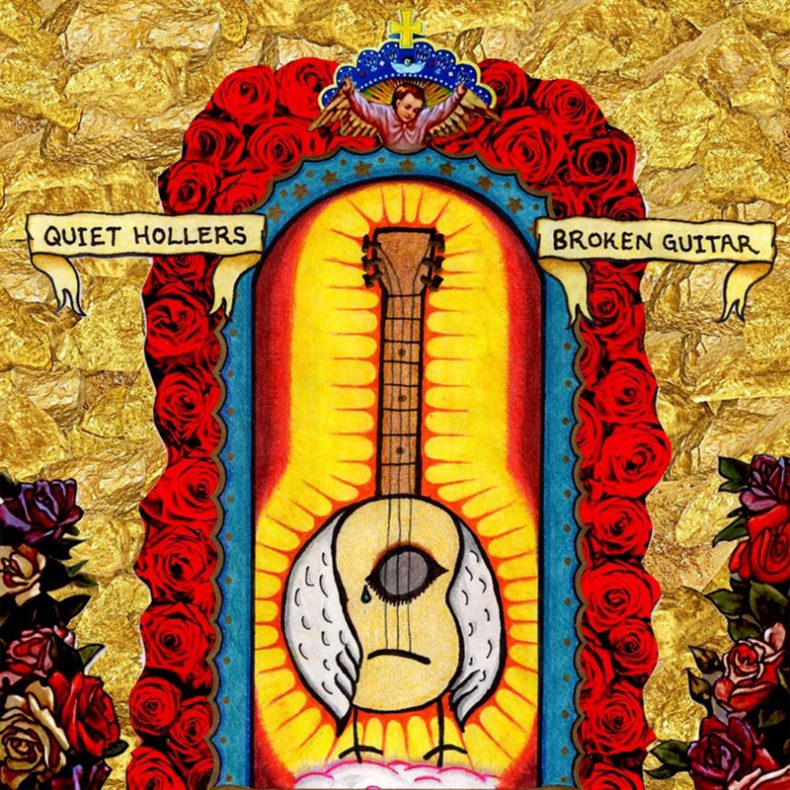 Introducing “Broken Guitar”, the gorgeous new single from Louisville’s Quiet Hollers, and the first new song they’ve shared since their eponymous debut album that came out in October. The band is also kicking off their US tour tonight in their hometown, the first of two pre-Kentucky Derby shows (tonight’s is w/ White Reaper), followed by dates in the Midwest and East coast (dates below).

The band has been touring constantly since the release of their acclaimed self-titled album, with more dates on the horizon this summer. The songs that comprise Quiet Hollers run the gamut of the bands’ influences, including 90’s college rock, post-punk and alt-country, all of which channel the bands’ raw energy and frontman Shadwick Wilde’s vividly clever storytelling ability. Quiet Hollers spawned several enduring singles, including “Mont Blanc” and “Cote d’Azur”.