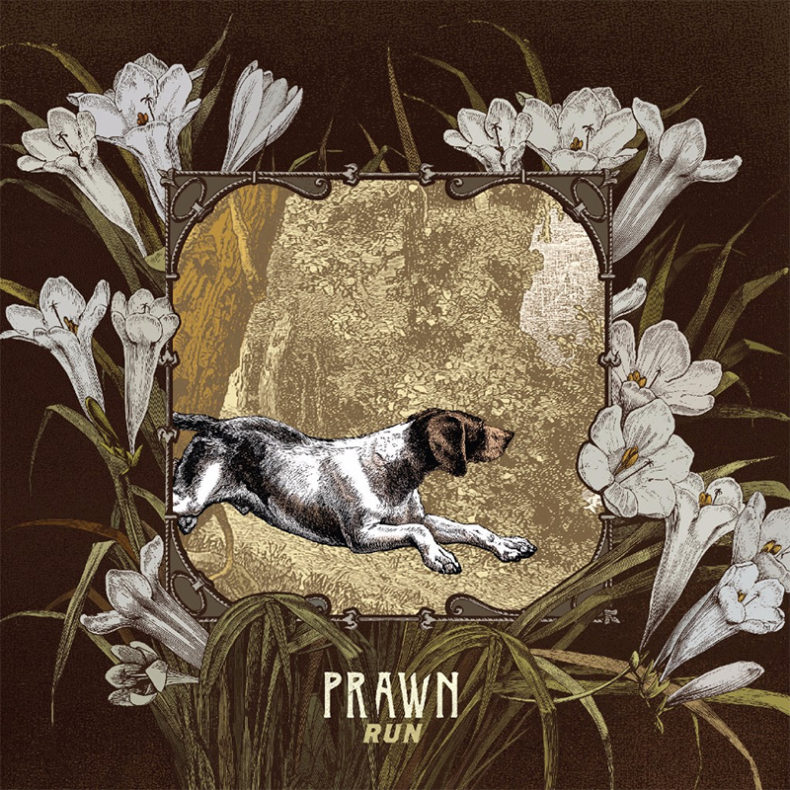 “Rooftops” is a song about living in a place where you don’t necessarily like, but feel compelled to live in,” explains vocalist/guitarist Tony Clark. “I’ve learned over the last few years that city living isn’t the life for me. That’s not to say I haven’t had wonderful experiences and relationships blossom living there. “Rooftops” is the dichotomy between living in a place that makes you uncomfortable, while at the same time forming relations that fulfill you.”

Prawn headlines the Topshelf Records tour with Slingshot Dakota, People Like You, Us and Us Only, and Queen Moo, kicking off December 9th in Washington, DC through December 23 in Philadelphia, PA. Before that they embark on a European tour supporting The Flatliners. All tour dates below.

Prawn’s magnetism has always come from the textures they produce. Drawing as much influence from post-rock and punk as the emo world they’re often written in to, the Ridgewood quartet have released two full-length albums, two EPs, and three splits since their 2008 formation – and make their return this year with a new record, Run, which is released this September on Topshelf Records.

Recorded in the space of just two weeks this March at The Barber Shop Studios, a lake-front old stone church in Lake Hopatcong, New Jersey, but written over the course of two painstaking years, the new album sees the band expand upon those aforementioned influences, carving out a dark but wildly immediate collection of songs that sits as their most formidable work to-date.

“A lot of what came out was the sheer difficulty of truly relating to one another,” Tony Clark says of the records thematic poise. “I felt like everywhere I looked at relationships in my life, there was some feelings of alienation and isolation. I tried to go further than my personal relationships and analyze how I was relating to ideas or communities I partake in.”

Punchier and more proactive, Run refines the sound of 2014’s Kingfisher LP – which swelled with both brass and string arrangement – by concentrating only on the instruments they’re able to play live. Coupled with a production that is consciously raw and provocative, Run is the sound of Prawn at their intoxicating best, mirroring the restless energy of their live shows and moments of sweeping ambience that balances the whole thing on a knife-edge.

“There’s good will in my devil’s skin…I hope it’s enough because love I am ready,” Tony Clark sings on opening track ‘Hunter’, immediately foreshadowing everything that follows; a rocky ride that always tries to keep  a piece of itself in the light. Elsewhere ‘North Lynx’ is hypnotically dramatic, swelling from a tender guitar refrain to a huge finale, while ‘Leopards Paw’ throws Tony Clark’s gravelly vocals in to battle against heavyweight Explosions In The Sky-esque guitar lines for one of the band’s most powerful sequences to-date.

A significant release on its own terms, let alone as a building block to wherever this band might take themselves, Run is the sound of a band truly finding comfort in their surroundings and channeling it in to the most focused and exhilarating work of their life.

“I grasped onto the fact that we’re always going to feel alienated or isolated one way or another in our relations. I think we all want to be good people and contribute good to the world even if were all a little fucked up.“