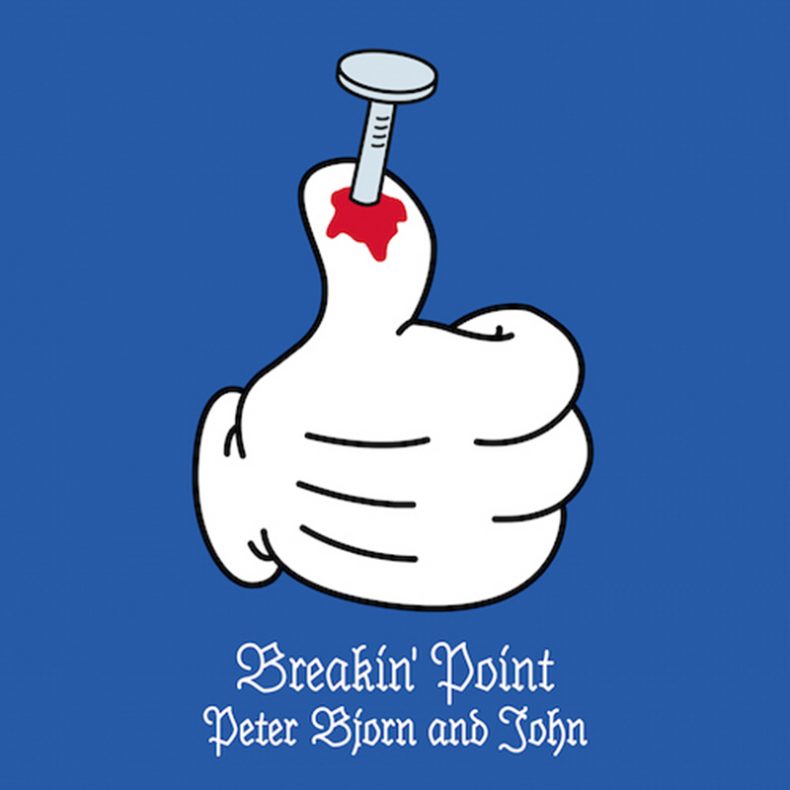 Breakin’ Point, the title track off the upcoming Peter Bjorn And John album, is produced by Grammy Award winner Emile Haynie who also adds some synthesizer to the track. It is currently available everywhere! the new album from Peter Bjorn & John, is due out June 10th via their own imprint INGRID & Kobalt Label Services. This is the band’s seventh full-length and first, new studio album in more than five years.

The art for the album and single is the handiwork of Swedish artist Jonas Torvestig who also lent his creative genius to the band’s last album Gimme Some.