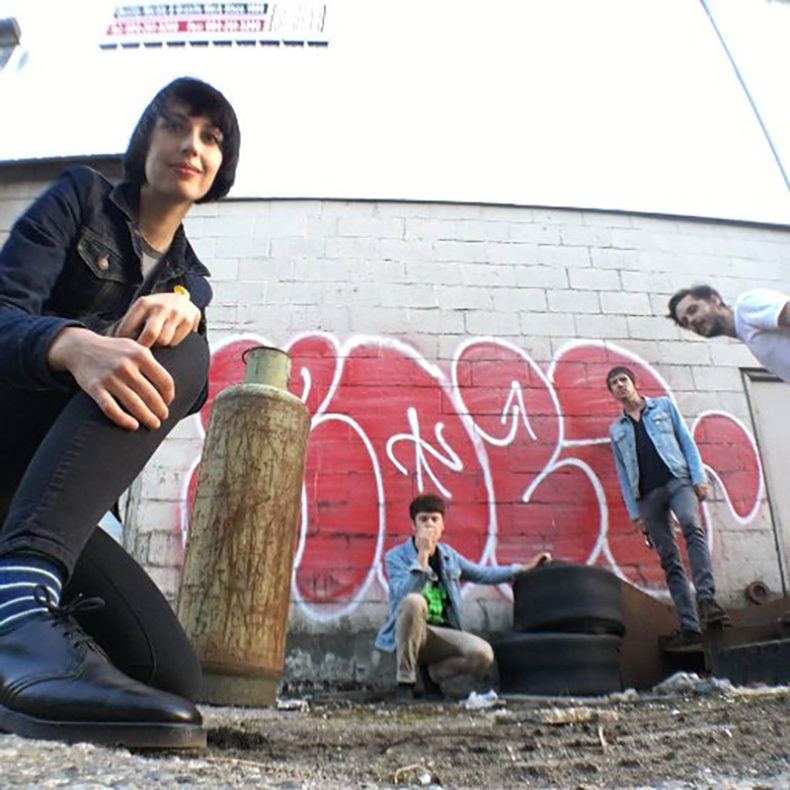 On the cusp of completing a mammoth release schedule that saw the issue of a single a month in 2016, the Orange Kyte have experienced a psychotropic ascendancy over the last twelve months, appearing at Levitation Vancouver and opening for the likes of Ultimate Painting and Cosmonauts. After relocating from Dublin to Vancouver, Stevie Moonboots took a one-time solo project a step further, teaming up with Robin Schroffel (Strange Things, Fashionism), Dave Mulvaney (Cheap Freaks) and Mat Durie (Summering) to forge a shapeshifting tour de force.

The four-headed, eight-legged Orange Kyte arrives possessing an acute ear for honing hallucinogenically haloed hooks. Together they creatively draw and blend a chemical sonic fusion from a myriad of reference points that step through the yesterdays of pop and beyond, to craft a full-on immersive psychoramic sound that fizzes, fuzzes and fragments within shimmering pools of vividly colourful mind-expanding kaleidoscopia.

Guitars and vocals by Stevie Moonboots
Organ and piano by Mat Durie
Drums and percussion by Dave Mulvaney
Bass by Robin Schroffel
Trombone by Jonah Kya Goksøyr
Recorded and mixed by Christopher Ellis at Invisible Recordings, Vancouver BC
Mastered by Jordan Koop at the Noise Floor, Gabriola Island, BC