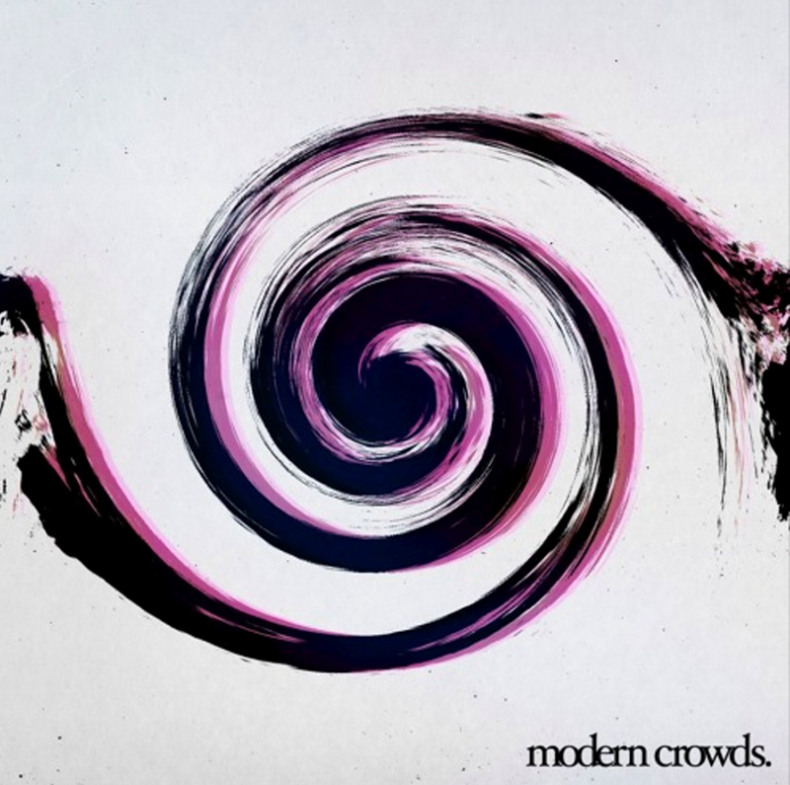 From the outset, Jersey Shore-based band Modern Crowds have crafted a diverse alt-rock sound that’s as huge as their arena dreams. Formed in early 2016 when Joseph Pellegrinelli (lead vox, rhythm guitar) and Charlie Kupilik (drums) started jamming together in early 2016 the lineup would be rounded out by Adam Baczkowski (backing vox, lead guitar) and Doug Gatta (bassist).

With a debut EP, Go, already in their rearview, Modern Crowds are now gearing up to release their debut, self-titled full-length out this summer via self-release.

The album demonstrates the band’s ability to create a full sonic narrative in the vein of chief influencers like Radiohead. Each song sounds totally different yet seamlessly cooperates to create a rich, transportive body of work. Lead single “Closer” evokes Oasis with a glorious rhythm and triumphant guitar riffs while trance-like vocals hypnotize on the song “Eye of the Storm”. Simply put, Modern Crowds is a fully immersive rock journey that takes the listener for a ride.

Be on the lookout for more from Modern Crowds soon and be sure to follow them on any of their social channels detailed below.

by Aaron Badgley on June 8, 2018
Poptone Poptone LP Cleopatra Records Poptone is one half of Bauhaus or two thirds of Tones on Tail and Love and Rockets, you can decide your reference point. The truth is Poptone is a new band [...]
7.0