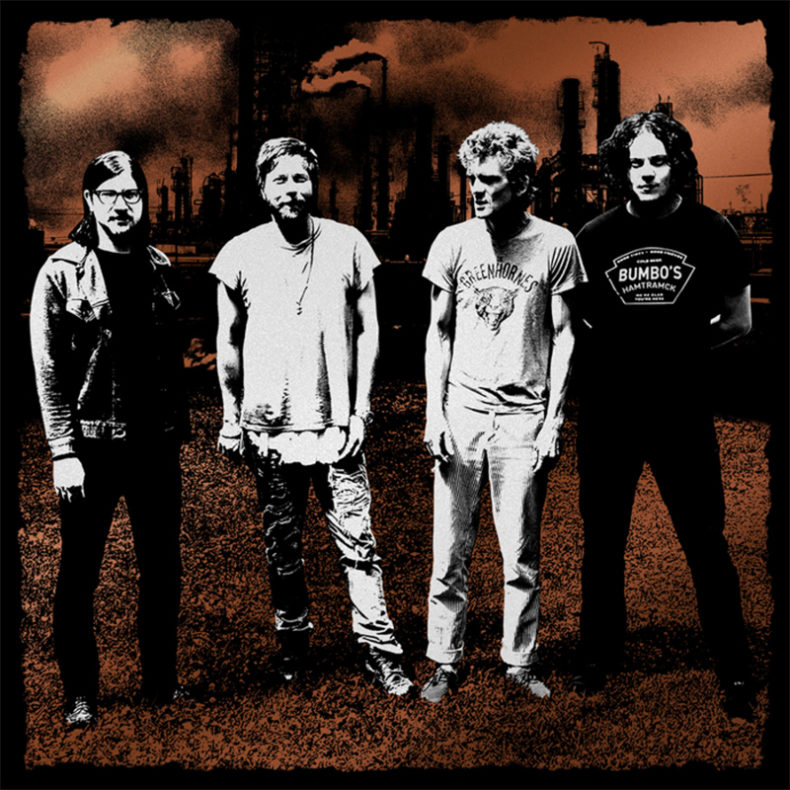 The Raconteurs – Jack White, Brendan Benson, Jack Lawrence & Patrick Keeler – are back with the release of their first new music in more than 10 years. The two new songs released by Third Man Records, “Now That You’re Gone” featuring Brendan Benson on lead vocals and “Sunday Driver” with Jack White singing lead, are available digitally worldwide now. This release coincides with the delivery of the only physical version of the tracks available on 7” vinyl as part of Third Man’s Vault Package #38 celebrating the 10th Anniversary of the bands’ acclaimed second album, Consolers Of The Lonely.

Unique companion videos accompany both tracks and, in true Raconteurs fashion, were shot only one week ago and are available for your enjoyment now. “Sunday Driver” was directed by Steven Sebring – acclaimed photographer, filmmaker, inventor, and vanguard in artistic 3D imaging – and captured at the Sebring Revolution Media Lab in New York City. The video for “Now That You’re Gone” was directed by Dikayl Rimmasch (Beyoncé, Jay Z, Blondie) and features renowned burlesque performer Gia Genevieve. “The [“Now That You’re Gone”] video is a very rock and roll approach to the wide range of emotions a person goes through when dealing with a broken heart. Feelings of being weak, angry, vengeful and ultimately the strength to overcome and ‘crash’ through it all,” says Genevieve. “I had such a lovely time collaborating with such wonderful artists and people.”

SPILL NEW MUSIC strives to keep our readers up-to-date with new releases by your favourite artists, keeping you informed of new album, single, and video releases. Stay tuned -- who knows, you might just discover your new favourite band.
RELATED ARTICLES
brendan bensonconsolers of the lonelyjack lawrence