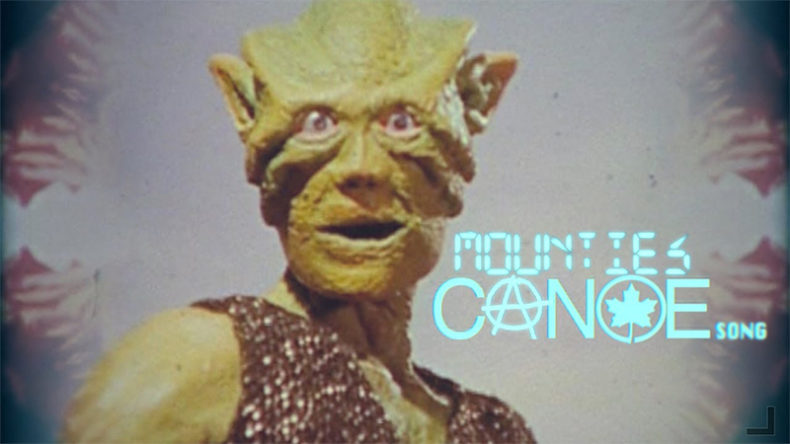 Mounties, the composite musical home of Hawksley Workman, Ryan Dahle, and Steve Bays, have unveiled a ridiculously catchy, brand new track and video, “Canoe Song” available to stream and purchase now via DSPs HERE. The song and accompanying video was conceptualized and created completely by the group from start to finish with the help of original footage created by Bill Maylone, a stop-motion animation legend. Watch + share the video for “Canoe Song” HERE.

The track is a special sneak peek from the band’s highly anticipated follow-up to their 2014 debut Thrash Rock Legacy which was nominated for a Polaris Music Prize, spawned 3 Top 20 hits at Alternative radio including the anthemic smash, “Headphones”, and helped garner the band Emerging Artist of the Year at the 2014 Sirius XM Independent Radio Awards.

Most simply put, Mounties is the musical union of three industry veterans in Workman, Steve Bays of Hot Hot Heat and Fur Trade, and Ryan Dahle of Limblifter and Age of Electric. The group’s upcoming release is a curious and compelling mishmash of ideas, eras, and experimentation. It inevitably includes the bits of genius that made its predecessor – and each member’s individual projects – worth hearing and takes it all to new heights and new dimensions. Vocal melodies, wobbly vintage synth lines, and staccato guitar leads seemingly sprout from nowhere yet never steal focus from the melodies and emotions they support. More information will be released in the coming weeks.