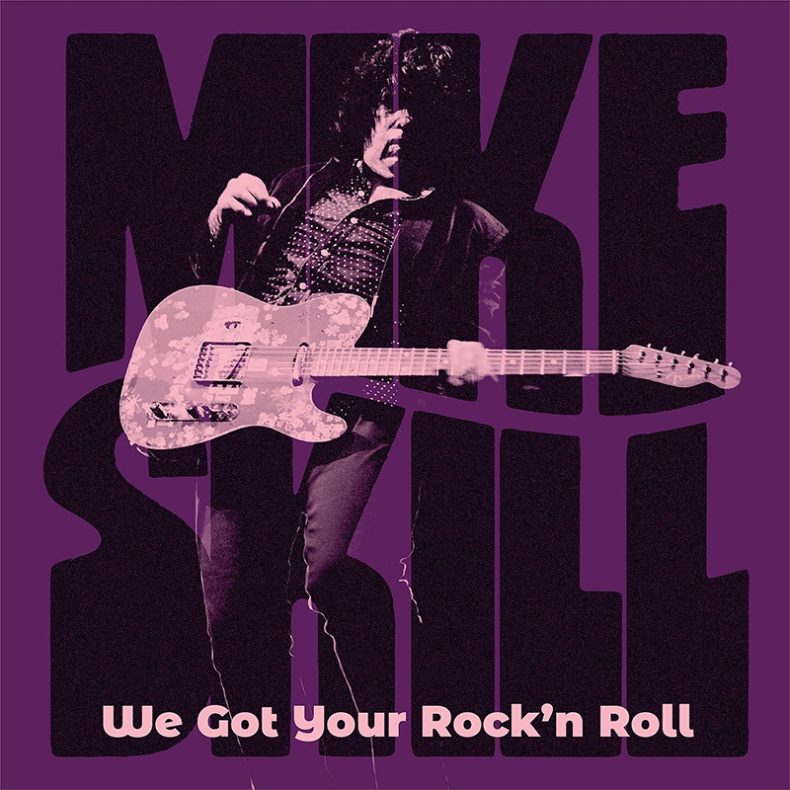 Celebrated rock musician, Mike Skill, lead guitarist of The Romantics, is ready to bring listeners back to 1970’s Detroit with the release of his new solo rock single “We Got Your Rock’n Roll”. The single uses descriptive lyrics to replicate Skill’s real-life experiences as a young rocker, hustling to create a name for himself in Detroit’s rock ‘n roll heyday. “We Got Your Rock’n Roll” features drummer Brad Elvis (Skill’s Romantics bandmate) and Grammy-award winning producer Chuck Alkazian (Eminem, Soundgarden). The single is available now on all digital platforms.

Coming from humble beginnings in his native Detroit, Skill’s new track is reminiscent of the days when he first started out in his teens writing songs and practicing with his band in their storefront rehearsal space. After a 40-year long career in the music industry, Skill remains loyal to his roots as a punk rocker who refused to play the Top 40 “Hits.” “We Got Your Rock’n Roll” is a testament to his loyalty.

Skill recorded the track in Detroit at Pearl Sound Studios with his producer, Alkazian. On the track, Skill plays the guitar, bass and sings lead with him and son, Mick, on backup vocals along with Elvis on drums and Alkazian on keyboards.

On writing the track, Skill says, “I was thinking about us street punk Rockers going through that time in Detroit. We always had each other and the music and those that came before us.”

Look out for this classic rocker’s new single “We Got Your Rock’n Roll”, out on Spotify and all other digital platforms now. For more information on Mike Skill and his upcoming releases, check out mikeskill.com and follow him across all social media platforms.

Best known as a founding member, guitarist and principal songwriter for The Romantics, Skill wrote the band’s ever-popular song, “What I Like About You”. He also created the heart-thumping bass groove and co-wrote the global #1 hit “Talking in Your Sleep.”

Today, Skill continues to write and record in Detroit and from his current home in Portland, OR, in addition to performing around the world.