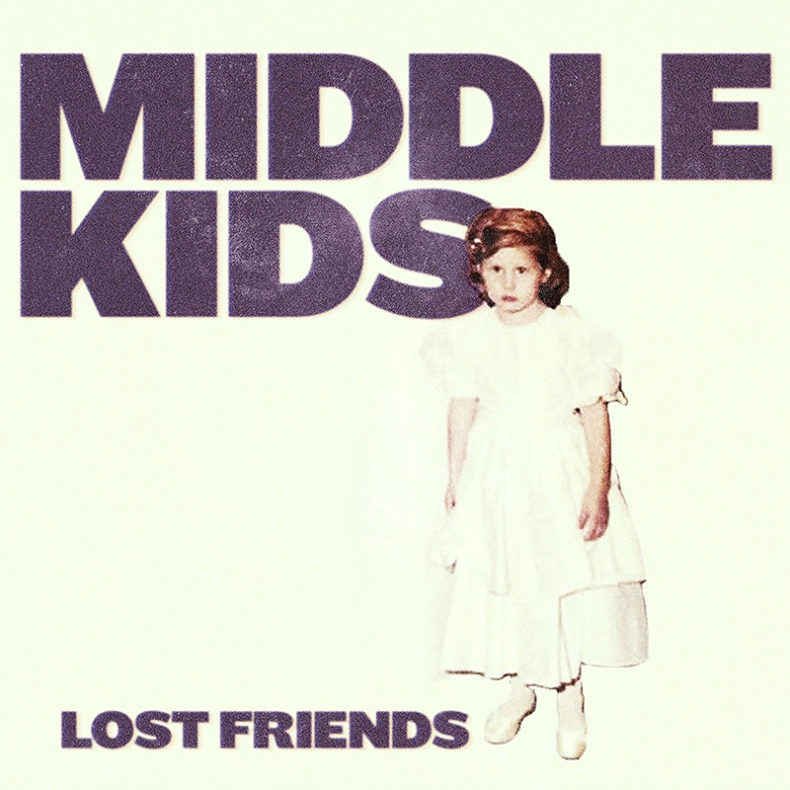 LOST FRIENDS OUT MAY 4th ON DOMINO RECORDS

Middle Kids share new song, “On My Knees,” along with its accompanying video. This is the second track from the Australian trio’s eagerly awaited debut album, packed with as much melodic power and lyrical charm as its predecessor, “Mistake.” That song landed on The New York Times’ Playlist and earned widespread acclaim. Lost Friends is out May 4, 2018 on Domino.

Middle Kids offered some insight into the new song, stating “‘On My Knees’ is about rejecting the value system of the individual as the prime unit of society. It’s also about how suffering and disappointment can help change our perspective in a healthy way. When we stop focus on ‘winning’ and can submit to something bigger, or to each other, we are better people.”

The band will kick off an extensive North American tour this June, including festival plays at Governors Ball in New York City and Field Trip Festival in Toronto. The full run is detailed below and tickets are on sale now.

by Gerry Young on May 1, 2020
Austra HiRUDiN Pink Fizz Katie Austra Stelmonis, who goes by the moniker Austra, has released her fourth album titled HiRUDin. Although her unique, high-pitched vocals and sparse arrangements on the [...]