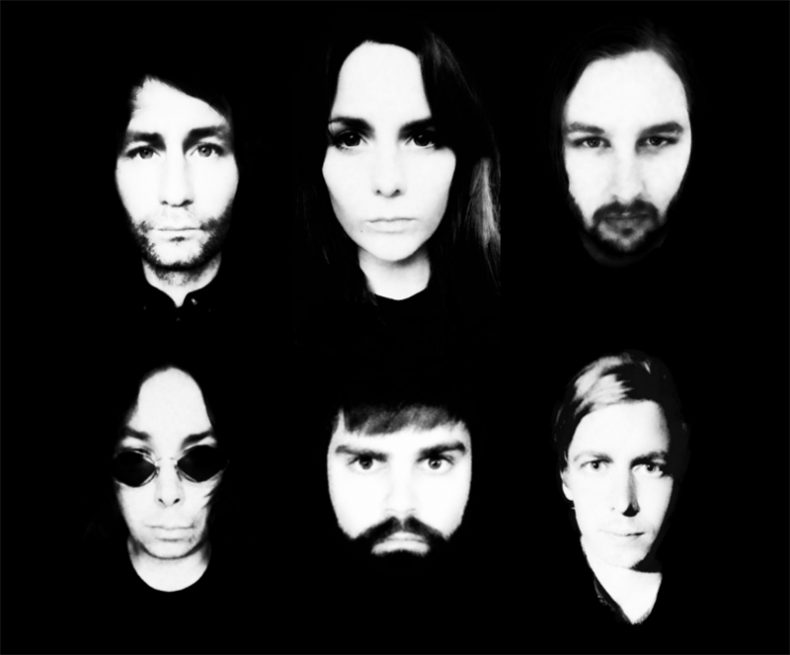 Earlier this year, the band won a Spellemann Award (equivalent of a Norwegian GRAMMY Award) for best indie album. Få meg til verden i tide is The Megaphonic Thrift’s fourth album, and it’s the band’s first to feature lyrics in Norwegian. Much less guitar orientated than previous albums, Få meg til verden i tide is filled with synthesizers, and it’s their first with new collaborators Njål Paulsberg (neo Tokyo/Young Dreams) and Emil Nikolaisen (Serena-Maneesh).

“The four members in Megaphonic have become more unison for each record we’ve made together,” says guitarist and vocalist Richard Myklebust. “After the third record, making new music felt like giving each other a hug. We wanted to bring in someone who had a more radical approach to making music. We needed disagreement, and boy did we get it.”

A lot has happened since the summer of 2015 when The Megaphonic Thrift filled a car with synths and boxed wine, isolating themselves in a cabin far up in the Norwegian desolate mountains to write what would become Få meg til verden i tide.
“We thought we were just heading into the studio to make the final adjustments and thought it was going to be easy. All the songs were ready. It didn’t turn out easy at all,” says bassist and vocalist Linn Frøkedal.

The band describes the studio process as a long road trip, where a new driver can take the wheel at any moment. “Nikolaisen is based in Oslo (on the other side of the mountains), and guitarist Clementsen was on a Japanese tour with his other band Electric Eye, so sketches and new ideas were thrown back and forth on seemingly endless mail threads,” says guitarist Njål Clementsen. “This record is proof that it is possible to make a really cool record in a really hard way. It doesn’t have to be easy!”