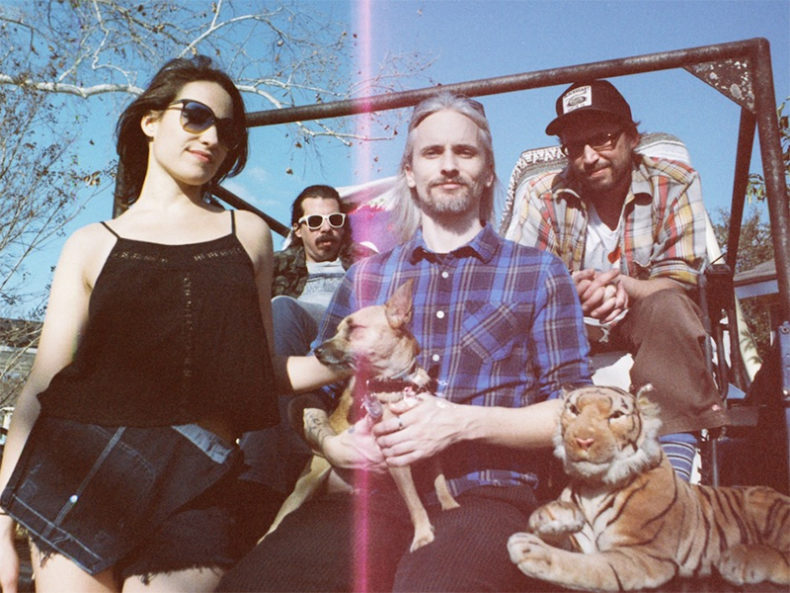 Psychedelic/grunge band Megafauna premiered their new single “Mishka” this week. “Mishka” is the second single, following up “Is There Anything Else”, from Megafauna’s upcoming album, Ghost Coast, due out this Friday, 5/24. In support, the band will embark on a US tour, kicking off with a hometown release show at Empire Control Room in Austin on 5/25. See below for a full list of dates. For more information on Megafauna, please visit: http://www.megafaunamusic.com.

Led by singer/shredder Dani Neff, who was dubbed the “next Annie Clark” by Phoenix New Times, Megafauna blend raw garage energy, prog-rock flash and infectious riffs into a sound that is just as face-melting as it is melodic. To date, they’ve released four albums, leading to praise from Noisey, Stereogum, The Austin Chronicle, Consequence of Sound and more, and support slots with artists like Cursive, Wavves, White Denim, Mission of Burma, Mineral and All them Witches.

Now, Megafauna are ready to release their fifth LP, Ghost Coast, on 5/24. Most of the album was recorded from May 2017 to Fall 2018 at Tiny Telephone-an all analog studio in San Francisco-with producers, James Riotto (John Vanderslice, Shannon and the Clams) and Curtis Roush (The Bright Light Social Hour) while the Camp Fire Wildfire raged around them. Amid destruction both physical and political, Megafauna explore on the album themes of solitude and the search for fulfillment and connection in a world that seems to be on the brink of destruction.

“Mishka”, the latest single from Ghost Coast, was released May 21st.