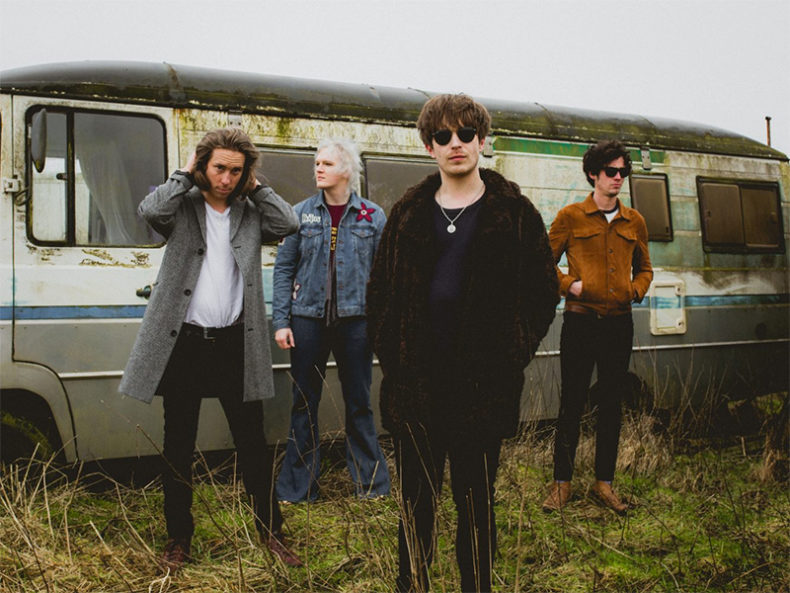 Fusing their quirky genre-bending rock and roll for just over a year now, Manuka Hive’s explosive journey so far has been nothing short of incredible. Smashing into the scene with the relentless motions of a freight train, they haven’t taken their foot off the gas since day one and now they’re about to release their most ambitious effort to date. Imagine Primal Scream having a rather steamy relationship with T-Rex, whilst adding the experimental and eccentric noise that Noel Gallagher has just provided on his latest album, and you’ve almost got it. ‘Slave’ comes in the form of a one-two punch, it ends a mammoth 2018 with a bang and kickstarts the following year with a huge statement.

From anthemic sing-along, hands-in-the-air choruses to cool-as-you-like verses that are brimming with attitude, Manuka Hive thrust themselves into grizzly glam obscurity with ‘Slave,’ a record that is bound to get any place moving from the get-go. Charlie Phelps’ snarly vocal hooks and addictive lyrics pierce through the fuzzy frenzy of riffs provided by Tom Laffey, whilst the solid, grooving rhythm section of Joel Phillips and Miles Machen complete their signature sound.

It’s not taken long for Manuka Hive to cement their place in global territories. After supporting Deep Vally on their 2018 European tour, as well as headlining a series of dates at Liam Gallagher’s Pretty Green stores, it’s remarkable to see how many times their passports have been stamped in little under 2 years. Their fearless, unconventional and downright exciting stage presence has made its mark on just about every corner of the UK, including live performances on the same bill as The Blinders, Avalanche Party, Spring King and Sheafs. Not to mention taking on venues such as The Lexington and Camden’s Dingwalls on a regular basis.

With early backing from Radio X, BBC Introducing and Amazing Radio, as well a return to Europe confirmed for early 2019, Manuka Hive are going in with all guns blazing, join them for the ride.

by SPILL NEW MUSIC on July 30, 2020
ELBOW’S FIRST THREE ALBUMS TO BE REISSUED ON VINYL SEPTEMBER 25 POLYDOR RECORDS elbow fans will be able to own the band’s [...]