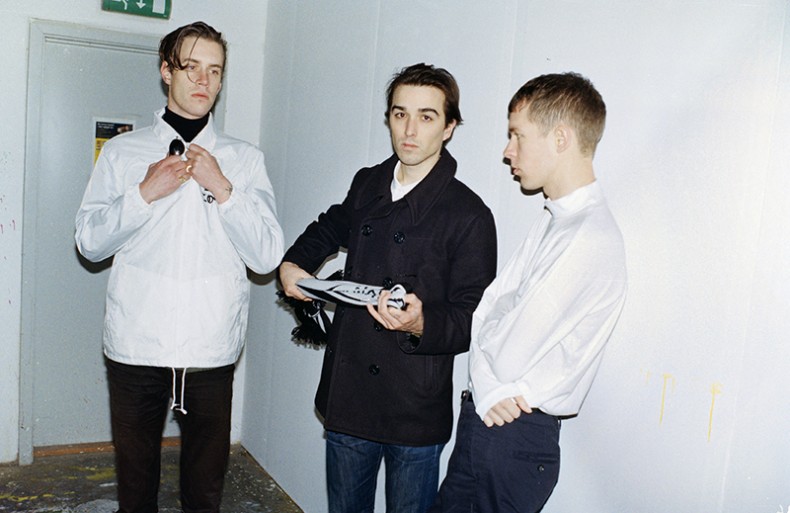 Lust For Youth’s new album Compassion is due out next month on Sacred Bones Records.

The trio recently shared the single “Sudden Ambitions” from the record and have now completed a music video for the track working with their long-time collaborator and ‘New Boys’ video director, Frederik Valentin. Filmed hand-held style, the video depicts various scenic shots of the band’s hometown neighborhood Amager, Copenhagen – a local swim team practice, Valentin’s younger brother (modeling the latest Posh Isolation gear), and features cameos from the band members. Frederik also had this to say about the video:

“Everything was filmed in our local neighborhood, Amager, Copenhagen, it’s a quiet place, no fancy cafes or shops. Near the airport but far away from the world.”

LFY will be heading out on the road next month with stops in LA, San Antonio, San Francisco, NYC, and Austin for SXSW before heading back to Europe for a string of dates. Find the album info and tour dates below!

“Movement and gesture is natural. The flâneur has an iPhone, and their heart is embroidered into a microfiber sleeve in gold.”

by Aaron Badgley on January 19, 2018
Soho Rezanejad Six Archetypes Silicone Records I like organized noise. I really like albums by artists who are not afraid to be a bit noisy and seemingly chaotic. Six Archetypes falls [...]