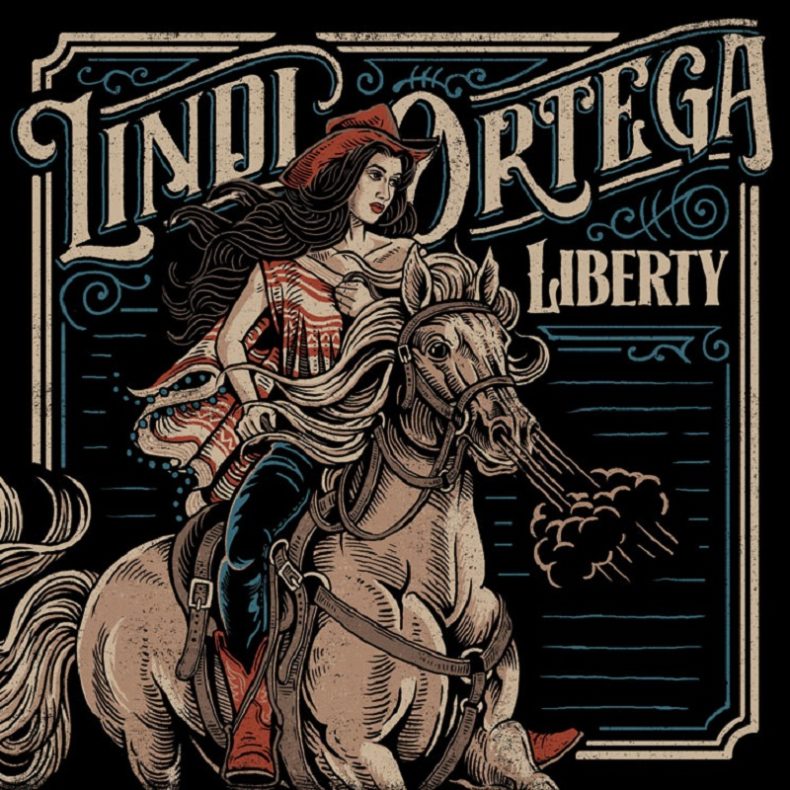 Lindi Ortega “has always been the sonic embodiment of the red cowboy boots she’s often seen wearing: a fiery and dramatic take on modern country that’s impossible to ignore” (Rolling Stone Country), and her fifth studio record Liberty is no exception. Due out March 30, Ortega wrote roughly half of the twelve tracks solo, and enlisted co-writers Aaron Raitiere, Bruce Wallace, and John Paul White (The Civil Wars) for the rest. The result is a three-part concept album reflecting loss, seance, resurrection, and freedom.

The journey from darkness is told from a crowd of unsavory characters in “You Ain’t Foolin’ Me” and even a lost love from childhood in “Til My Dyin Day”. Then grief turns to desperation in “Nothing’s Impossible” and “The Comeback Kid”. However, the tides begin to turn on “Darkness Be Done”, and about halfway through, with “Forever Blue”, the character makes a choice to follow the light.

The track “Pablo” is inspired by her new husband, Daniel Huscroft. While they performed as a duo on a series of Chris Stapleton arena dates in Canada, Huscroft wore a poncho and grew a handlebar mustache — a look that led to a new nickname and a song title. Liberty concludes with “Gracias a la Vida” from the pen of Chilean composer Violetta Parra. The title translates as “Thank you to Life”.

“Even though I always tried to have a silver lining, whether it’s by making my songs tongue-in-cheek, or writing some dark lyrics to happy music, there’s always been an element of balancing light and dark on my previous albums,” Ortega explains. “But this is a full story, and I want everybody to be able to take something away from it at the end of the day.”

Recorded at Battle Tapes studio in East Nashville, Ortega and Skylar Wilson (Justin Townes Earle, Rayland Baxter) scaled back the boot-stomping, throwback country approach that she’s known for, instead polishing a set of music that reflects her Mexican lineage. Ortega and Wilson — who first bonded over their shared passion for Quentin Tarantino movies — then enhanced the sonic landscape with the help of Country Music Hall of Fame member Charlie McCoy’s signature harmonica and Nashville-based band Steelism, drawing on the epic work of Oscar-winning composer Ennio Morricone, who became one of Ortega’s musical obsessions during the writing and recording of Liberty.

In addition to the album, Ortega will return to the road beginning this week, with dates planned in North America throughout Spring. For ticket information, and more on Lindi, please visit lindiortega.com.

Through The Dust Part I

Though The Dust Part II

Through The Dust Part III