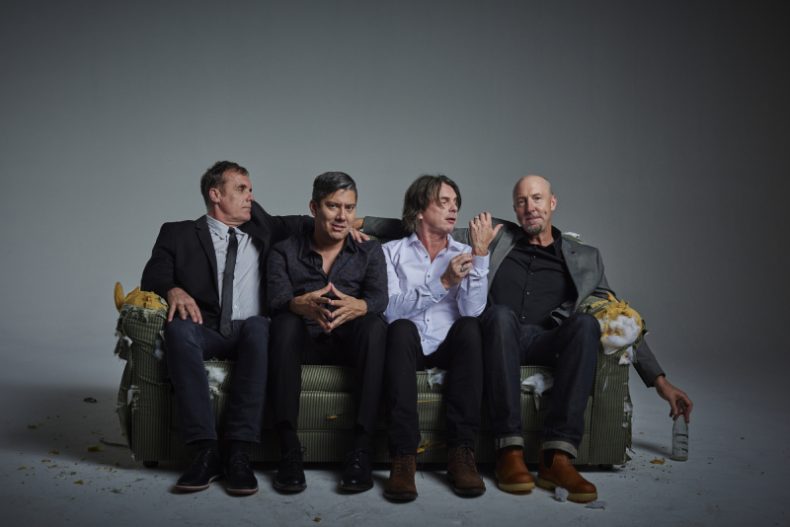 Even in today’s absurdly fragmented music scene, it’s easy to spot legendary bands. They’re the ones reliably cranking out great album after great album, each distinct and accessible, in sync with the times, yet timeless.

Witness pop/rock luminaries 54-40 and their newest single — the swirling, futuristic, yet somehow vaguely psychedelic “Sublime Like Me” — available now. Established New Year’s Eve 1980 at Vancouver’s famed Smilin’ Buddha Cabaret, these award-winning, gold and platinum-selling writers and of countless, iconic, enduring, and chart-topping gems fit neatly within the use of the word.

Fresh off their most recent release, Keep On Walking, “Sublime Like Me” is one of 11 originals whittled down from 25-odd demos, and a vivid snapshot of where singer/guitarist Neil Osborne, bassist Brad Merritt, drummer Matt Johnson, and guitarist Dave Genn are right now: dialled in and seriously on fire.

“My favourite song on the album,” Johnson says of “Sublime Like Me.” “I love the groove.”

“We’ve played the song live a few times and it’s already evolving,” Merritt adds. “I think it has the potential to become a staple of our live shows well into the future.”

“Sublime Like Me” and Keep On Walking are available now.