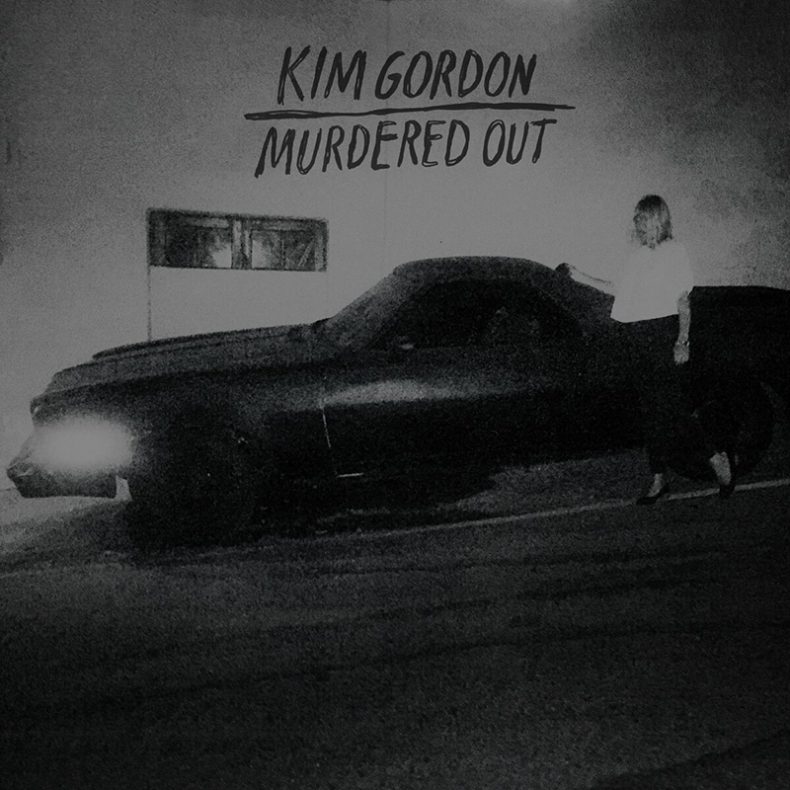 On Monday morning, the first single by Kim Gordon issued under her own name was revealed, recorded with producer Justin Raisen and Warpaint drummer Stella Mozgawa. The following are Kim’s words on the subject :

When I moved back to LA I noticed more and more cars painted with black matte spray, tinted windows, blackened logos, and black wheels.  This was something I had occasionally seen in the past, part of low-rider car culture.  A reclaiming of a corporate symbol of American success, The Car, from an outsider’s point of view.  A statement-making rejection of the shiny brand new look, the idea of a new start, the promise of power, and the freedom on the open road.  Like an option on a voting ballot, “none of the above.”

“Murdered Out,” as a look, is now creeping into mainstream culture as a design trend.  A coffee brand.  A clothing line.  A nail polish color.

Black-on-black matte is the ultimate expression in digging out, getting rid of, purging the soul.  Like a black hole, the supreme inward look, a culture collapsing in on itself, the outsider as an unwilling participant as the “It” look.

I met the uber talented Justin Raisen, the producer, offhandedly.  He was working on a project with another artist and kept sending me tracks to listen to with the possibility of getting me to sing on one of them.  When I learned I could make up my own lyrics, I was in.  With the remaining bits of unused vocals, he started what would be “Murdered Out.”   Stella Mozgawa (Warpaint) plays drums, based on the trashy drums that Justin first laid down.  I went back and did more vocals and guitar and we mixed it…”Murdered Out” was such a great surprise! Looking forward to our next collaboration.