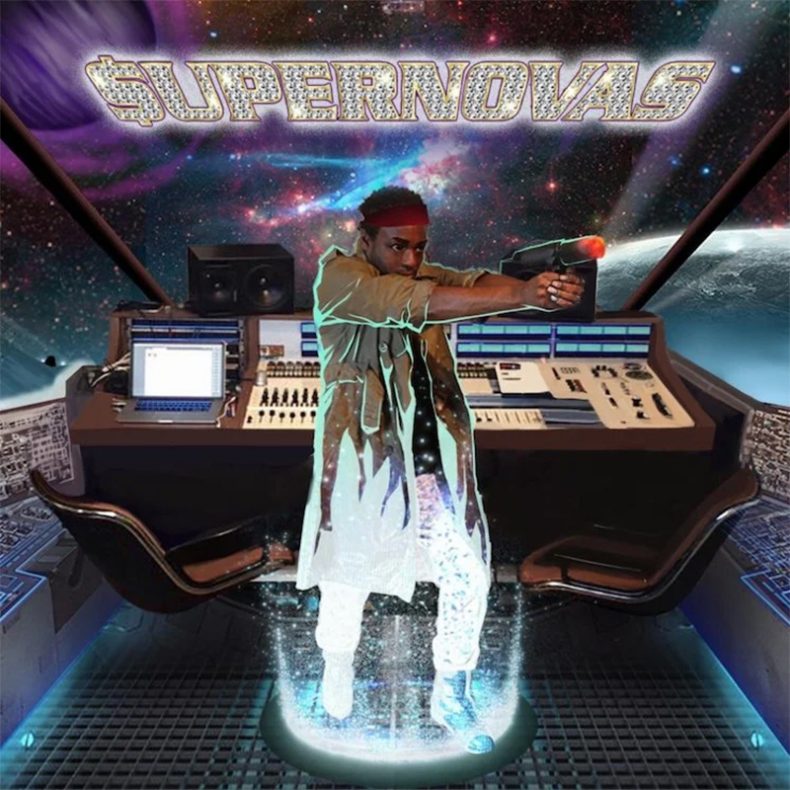 For the last few years, k-os took a step back from not only the music industry, but Toronto as well – making this a comeback in more than one way. He moved to Vancouver to his family’s farm and reconnected in the wilds of British Columbia. Recently, on a drive back to Toronto, he came across an old demo that “sliced his ears like disco lasers”, and brought him back to life. He called on his pals MSTRKRFT to help him produce, and turn that demo into “SUPERNOVAS”.

This is a story about rediscovering roots & reconnecting with the people & places that fueled the music from when it all began. “I’m clearly a citizen of Toronto, It’s my home and my inspiration. I ‘came back’ and fell in love with the city all over again.”

In conjunction with the release, k-os is set to release an IGTV series having him chat artist to artist to have real and honest conversations about creating art and thriving in this industry. Upcoming guests include Haviah Mighty, Chastity, Rob Rocco (from Riverdale) and more to come. Follow k-os on Instagram for more details.

k-os started his career in 2002, with the release of “Exit” on Virgin/EMI Canada. k-os has 2 Platinum certified album in Canada for Joyful Rebellion (2004) and Atlantis: Hymns for Disco (2006), and one Platinum Certified video Publicity Stunt (2004). k-os is the featured vocalist on The Chemical Brothers’ single “Get Yourself High” (2003). He’s had several songs on the charts, and 3 Top 10 singles: “Crabbuckit”, Sunday Morning ” and “The Man I Used to Be“. He recently released a fan piece, an EP called Boshido that features collaborations with his friend Kaytranada