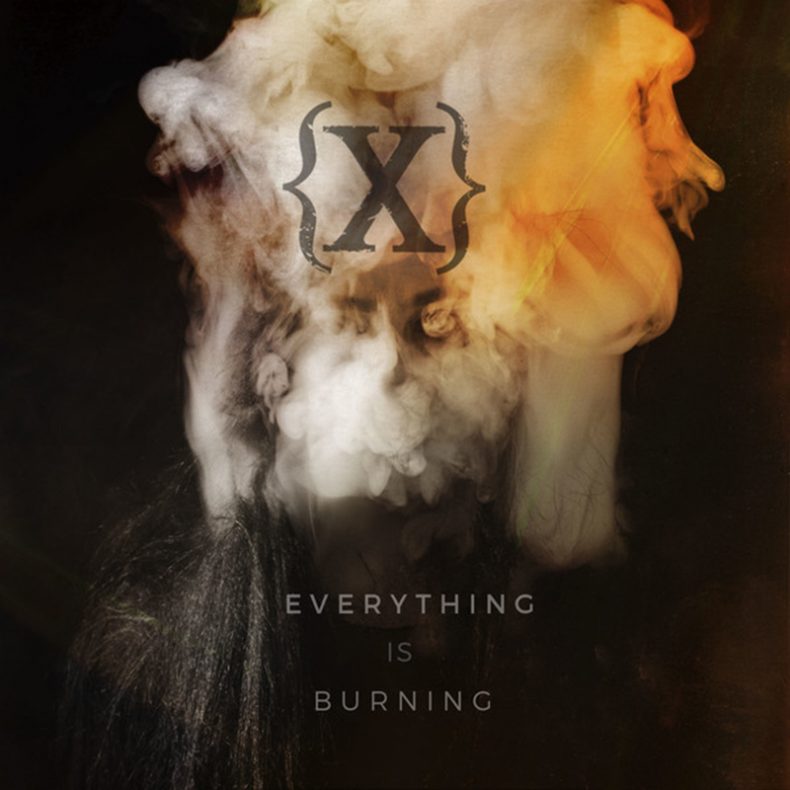 Into the candy-colored dance music scene, IAMX howls, “Oh Cruel Darkness Embrace Me”. On social media, the electronic rock pandrogyne beseeches, “NEED U ALL TO FUCK MY SOUL AGAIN.” On stage, he struts in futuristic fashion with vampiric allure and omnivorous sensuality. On IAMX’s latest mini-album, Everything is Burning (Metanoia Addendum), seven new songs are exposed, and the lush darkness from 2015’s Metanoia LP gets reworked by synth-pop luminary Gary Numan and international, cross-genre producers including Mr.Kitty, Marat Sad, Aesthetic Perfection, and Future Funk Squad whose remix credits include fellow heavyweights Nine Inch Nails, The Prodigy. Everything Is Burning (Metanoia Addendum) adds gravitas to the electronic music scene and provides a voyeuristic peek into IAMX’s upcoming mini-album and remix collection, and its accompanying tour.

As the title Everything Is Burning (Metanoia Addendum) suggests, the copious output by the cofounder of ‘90s trip-hop sensation Sneaker Pimps is fuelled by a transformative awakening. Originally from the UK where he formed Sneaker Pimps with Liam Howe, After the band’s breakup in 2005, Chris Corner spent several years in Berlin, before settling in Los Angeles in 2013. Toward the end of his time in Europe, after having released five IAMX albums Corner spent so much energy wrestling his demons, he almost quit music. “It was a combination of despair and depression and insomnia, and it was very difficult,” he says, “It took me a long time to get through it, but I learned a lot about myself, and I developed a new set of mental tools that allowed me to survive.”

Not only has Chris Corner survived, he is thriving and credits his persona with saving his life. “IAMX is basically my public therapy,” he says. “It’s my way of being able to connect with the world, to pour my heart out and dance at the same time. It’s also an excuse for me to play with who I am, to explore certain parts of my personality that I don’t get to explore in everyday life.” IAMX’s exploration has yielded a string of acclaimed albums, beginning with his 2004 debut Kiss + Swallow, and continuing through The Alternative, Kingdom of Welcome Addiction, Volatile Times, The Unified Field and Metanoia.

On Part One of Everything Is Burning (Metanoia Addendum), the seven wonderful new song titles and lyrics, as well as the production are brooding and intimate. Songs like “Triggers”, “Scars”, and “The Void” lay bare IAMX’s raw psyche as the machines throb and pound amidst Corner’s mercurial and otherworldly voice which shapeshifts from whisper to scream sometimes within a single phrase. On Part Two, the remixes, Gary Numan brings a haunting elegance to “Happiness”. Future Funk Squad unleashes the blistering energy in “North Star”. Marat Sad (Sam Lockwood of The Jezabels) heightens the melancholy catharsis in “Look Outside”, which pinpoints IAMX’s pivot away from his demons. Mr.Kitty kicks up the big-room bounce for his take on “North Star”. Depeche Mode’s Christian Eigner and his partner Niko Stoessl flip “Oh Cruel Darkness Embrace Me” into a soul-churning battle cry on their SlikNik/CE mix, while Aesthetic Perfection amp its primal scream to stadium-level raucousness.

Summarizing his awakening and subsequent creative outburst, Corner says, “I realised that it wasn’t the music that was hurting me, it was just that I had to reprogram myself to approach things in a different way, and it became very clear to me that I still wanted to make music more than ever.”

Metanoia and Everything Is Burning (Metanoia Addendum), are just the beginning of that reborn desire.