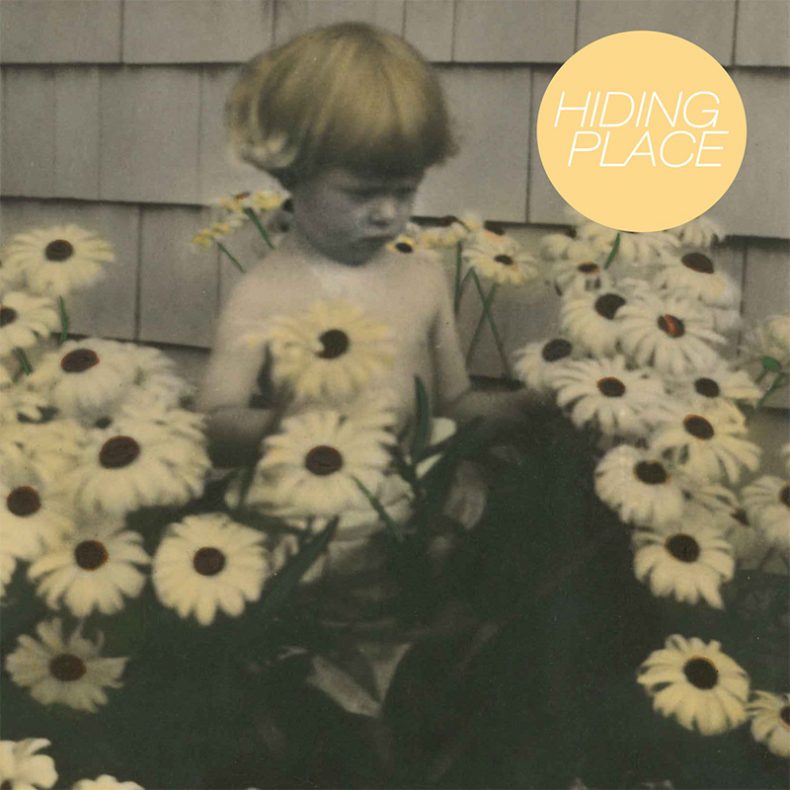 Seattle, Washington indie punks, Hiding Place, have announced their self-titled debut EP, due out September 9th via Alternatives Label. The band have now premiere the EP’s hook-filled first track, “Slave To Your Name”.

Hiding Place channel the kind of emotional alternative music that existed before there was a name for it. “Slave To Your Name” demonstrates the band’s talent for referencing their ’90s forbears without simply mimicking them. Intricate guitar lines in the vein of Sunny Day Real Estate and Braid give way to the band’s unique attention to hooks, all played with an uncommon urgency rooted in the Hiding Place’s Seattle punk scene origins. Hiding Place harkens back to a time when emo and indie were one and the same, and it’s sure to prove to listeners why this kind of music still deserves broader consideration today.

Hiding Place is available for pre-order now from Alternatives Label. The band will be touring the West Coast starting in mid-September, see full list of dates below. 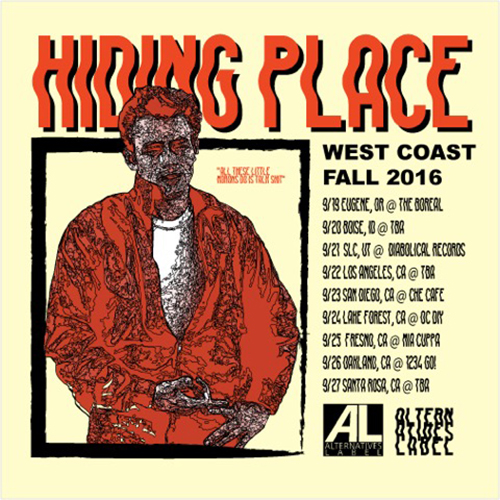 In the past several years, emotionally-focused alternative has slowly but surely clawed it’s way back into consideration within the broader indie rock conversation. With the word “emo” now bringing to mind more and more critically respected acts, the genre has become surprisingly crowded and it takes something special to stand out. Seattle, Washington’s Hiding Place are more than up to that challenge with their debut self-titled EP, which takes reverence for the genre’s greats of the ’90s and early 2000s, and injects it with modern hooks and urgency.

Recorded by Jackson Justice Long (Self Defense Family, Strange Wilds, Shook Ones), Hiding Place’s debut exists between the intricate angst of fervent forebears like American Football and Sunny Day Real Estate, and the infectious alternative of Jimmy Eat World and Death Cab For Cutie. These influences and more are channeled through the band members’ roots in the Seattle hardcore scene, giving Hiding Place’s sound an immediacy often missing from music this melancholy. While melody has always been one of the calling cards of this particular brand of alternative, precise hooks are often sidelined for mood or narration. Hiding Place take the opposite approach, crafting choruses that are meant to sing-alongs but never sacrificing lyrical scope for cadence.

Hiding Place aren’t just another band trying to ride a wave. The songs on their EP could only be created with the kind of honesty that is most essential to their genre’s core. Every track is meticulous in it’s musical and lyrical depth and the result is a debut that is sure to not only please fans of what we often call emo, but also prove why this kind of music belongs on the indie map today.

1. Slave To Your Name
2. The Wayside
3. Hang Your Head
4. Desperate Desire