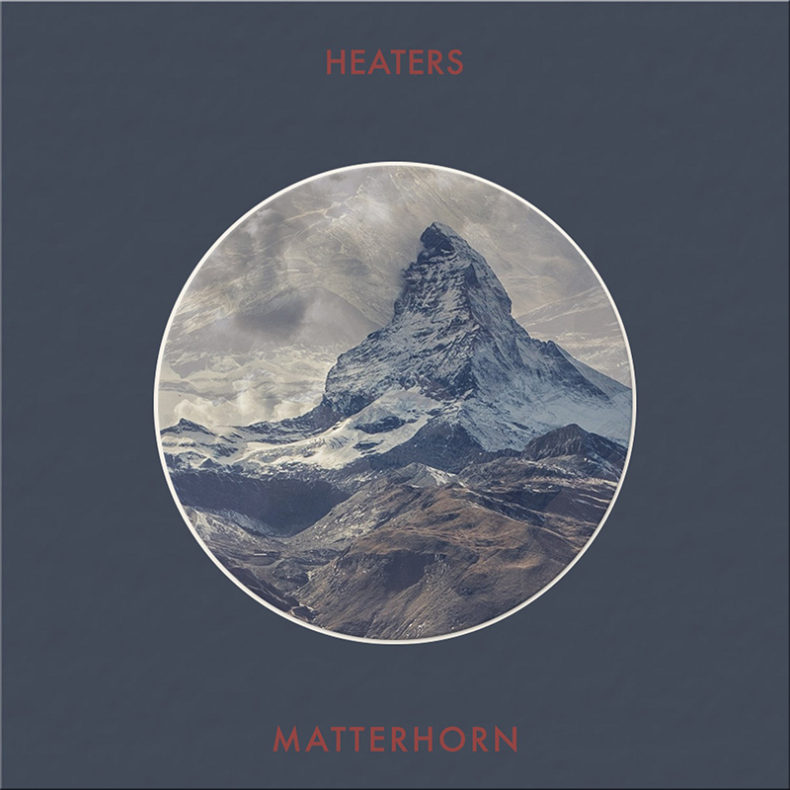 “Plus ça change, plus c’est la même chose,” sayeth the French. Just more than a year ago, Heaters shepherded the release of “Baptistina” into the world, which itself followed their debut album, “Holy Water Pool,” by less than a year. Now, the Michigan-made music machine is set to lay claim to a new parcel of mountainous terrain, in the form of their latest release on Beyond Beyond Is Beyond, entitled “Matterhorn.”

It’s a relentless pace, made all the more impressive not by the infrequency with which its met by Heaters peers, but rather by the lasting quality of each release. In this way, “Matterhorn” is more of the same—thirty-eight minutes of propulsive, precisely sculpted sonic signatures. In other crucial ways, however, “Matterhorn” represents massive change for Heaters: first, in the form of a largely revamped line-up, and second, in the form of an album whose wave crests above even the band’s previous high-water marks of consistency.

Short of attending group therapy together, it’s difficult to ascertain exactly what contributions these new sparks have contributed to Heaters overall sound, just as it’s impossible to dismiss how utterly ignited by change “Matterhorn” sounds as a result. If “Baptistina” showed a picture of a band attaining greater control over their quite-rideable waves of reverb and rhythm, “Matterhorn” is the master-class in its execution. It’s a full-screen image of dawn, dusk and darkness, never scanned-and-panned, and never less than mesmerizing. At the risk of putting too fine a point on it, the landlocked levitation previously made possible via Heaters psycho-surf majesty is luminously leavened on “Matterhorn,” with the bright light of the jingle-jangle morning (which may or may not come following you—but will likely lead to repeat listens).

“Black Bolt” and “Bronze Behavior” offer a one-two punch, revealing that these changes may have been hiding in plain sight the entire time. It sounds like Heaters – the pace is pushed, the ride-cymbal is ridden, and the guitar lines shimmer and sway with a kind of effortless bliss and ease. Still, there’s something instantly different in the tone and tenor, as if some sand and sea-foam has been dislodged from the band’s collective ears. By the hypnotic, ending coda of “Bronze Behavior,” it’s clear Heaters are going for the gold, the guitars ringing ruefully like an unearthed, semi-water-logged Wedding Present deep cut, or perhaps an answer to the unasked musical question, “Does Johnny Marr surf?”

The album’s eight songs pair together almost congenitally, “Kingsday” and “Hochelaga” going hand-in-hand, followed by “Pearls” and “Séance,” two duos with almost symmetrical sheen. But the album highlight may be its majestic album-opening power-pairing of “Thanksgiving I” and Thanksgiving II.” It’s the sound of Heaters fully illuminated, with broad and bold slashes of echo effectively energizing the proceedings to provide a panoramic view that confirms “Matterhorn” sees the band reaching previously unclimbed heights.