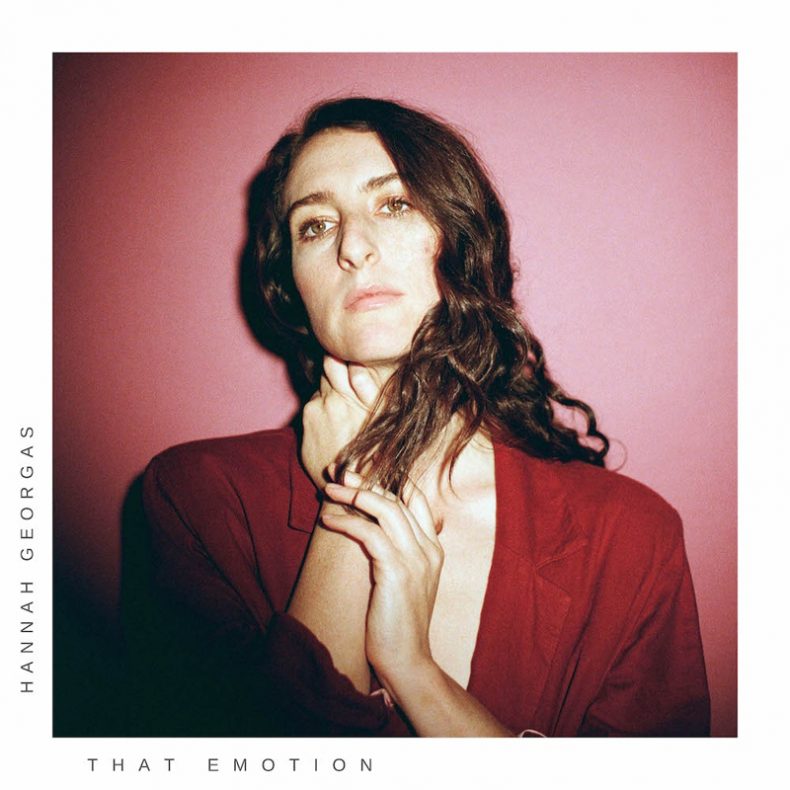 NEW ALBUM OUT THIS SUMMER

Acclaimed indie-pop songstress Hannah Georgas debuts a new, original single and video titled “That Emotion” this week. The song is a first glimpse of her forthcoming collaboration with producer and multi-instrumentalist Aaron Dessner, best known as a founding member of Grammy Award-nominated band The National and for his production work with artists like Sharon Van Etten, Frightened Rabbit, This Is The Kit and Local Natives. For Georgas, who spent much of 2019 touring as a part of The National’s live band on their tours in support of their album I Am Easy To Find, the track is her first release on a pair of new labels; Brassland, the imprint co-founded by Aaron & Bryce Dessner (US) and Toronto indie stalwart Arts & Crafts (Canada).

With an endless capacity for crafting textured pop songs that confound her audience’s expectations, Georgas captivates once again with an expertly designed arrangement that draws in listeners and showcases her unwavering vocal ability, and deeply honest, contemplative lyrics. “’The song is a portrait of one particular way that emotions can build up inside,” Georgas explains. “You’re going through the motions, suppressing how you really feel, and pretending things are ok — but your body knows…that deep down life and worry can weigh you down in ways your head might not acknowledge. This song was inspired by the feeling of hiding emotions you would like to express but feeling alone.”

The fruit of a relationship born from a long email correspondence between Georgas and Dessner that began before the release of Georgas’ well-received 2016 LP For Evelyn, the pair’s work together began in Dessner’s upstate New York studio in 2018. Their musical chemistry is immediately clear on “That Emotion”.

“Aaron and I agreed the production needed to bring out the truth in my voice,” says Georgas. “I always felt happy with my songs but during these sessions we found something else—musically a new warmth and depth and, vocally, a delivery that is more raw and expressive, allowing the emotion of each song to shine through.”

Since her debut EP in 2009, she has evolved from a regionally based musician performing in smaller showcase stages, to a worldwide touring artist performing in legendary concert venues like Massey Hall in Toronto. She has headlined and performed on festival bills in all territories, and supported high profile acts such as Sara Bareilles, The National, City and Colour, Boy and Bear, Rhye and more. Georgas spent much of 2019 touring as a part of The National’s live band on their tours in support of their album I Am Easy To Find.

Georgas has released three full-length albums including This is Good (2010), Hannah Georgas (2012), and For Evelyn (2016) which enjoyed widespread acclaim including NOW Magazine (4/5), Exclaim! Magazine (8/10), Q Magazine (8/10), Boston Globe, NPR Music and more. Her most recent effort Imprints is a beautifully recorded 4-song EP released in 2019 in celebration of International Women’s Day, featuring a collection of covers including music by The Cranberries, Eurythmics, Janet Jackson and Tegan and Sara.

Hannah has won numerous awards while racking up multiple nominations including three Polaris Music Prize nominations and four JUNO nominations from “Best New Artist” to “Songwriter of the Year”. Her music has been featured in over 50 placements in Film/TV including: Degrassi: Next Class, Saving Hope, HBO’s Girls (End Credits), Catfish as well as a Walmart Commercial for “You’ve Got A Place Called Home”. More information on her upcoming release will be announced in the coming weeks.