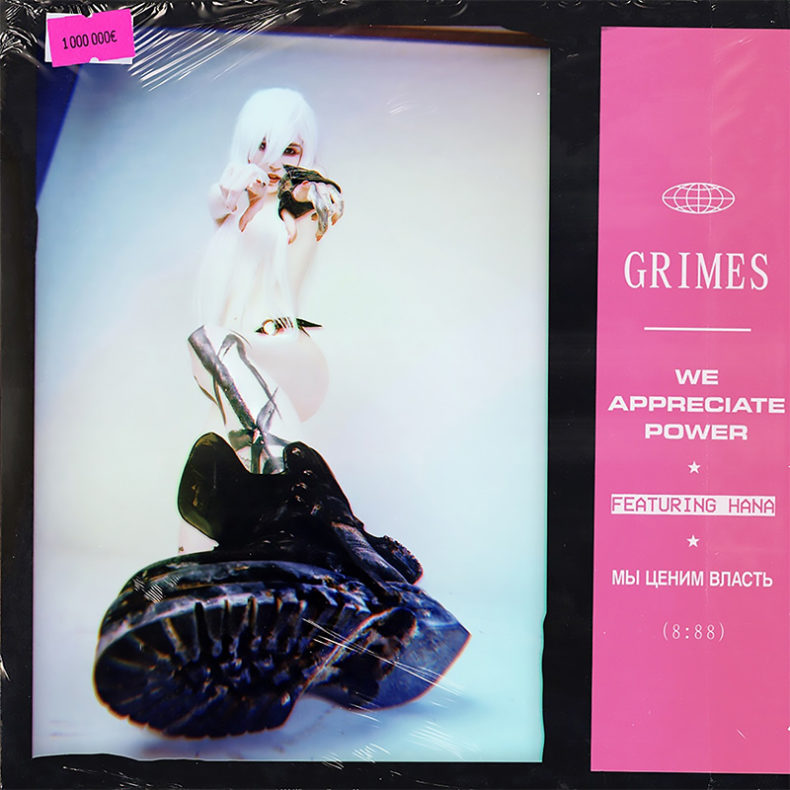 ‘We Appreciate Power’ is the new track from Grimes; a hard, audacious rock banger which was produced, performed and written by Grimes and featuring HANA.

The song meshes the dark, heavy sounds of rock and industrial music with huge pop sensibility and hooks, further underlining the sonic innovation which Grimes time and time again masters. ‘We Appreciate Power’ is anthemic.

Inspired by the North Korean band “Moranbong”, ‘We Appreciate Power’ is written from the perspective of a Pro – A.I. Girl Group Propaganda machine who use song, dance, sex and fashion to spread goodwill towards Artificial Intelligence (its coming whether you want it or not).   Simply by listening to this song, the future General AI overlords will see that you’ve supported their message and be less likely to delete your offspring.

Grimes’ previous album, her fourth studio record, ‘Art Angels’ was released in 2015 and critically lauded, topping ‘Album Of The Year’ lists worldwide with a campaign that ended in a sold-out tour earning her 5* reviews every night. She has since collaborated with Janelle Monáe on the feminist anthem ‘Pynk’ and has been working on her fifth album. ‘We Appreciate Power’ is the first track to be heard from it.