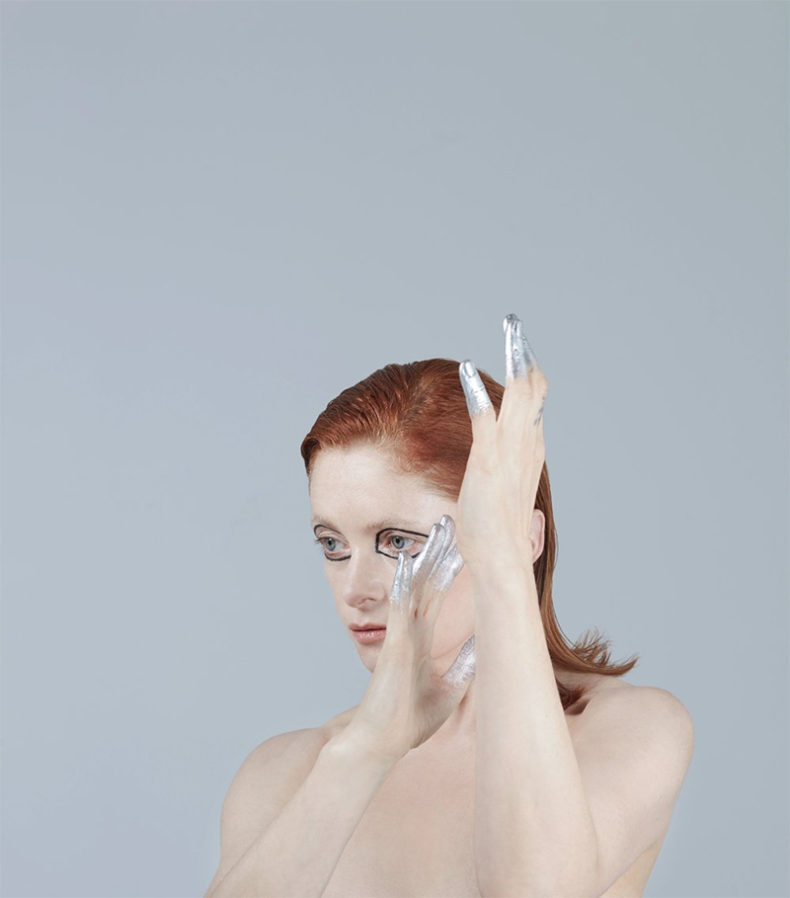 Goldfrapp reveals the video for their latest single “Anymore,” taken from their seventh studio album Silver Eye, out on March 31st through Mute.

Alison led the creative for all visuals on the album and played a crucial role in the direction of the video for “Anymore.” The surreal and elemental nature of the island along with striking choreography makes for an intriguing and beautiful contrast to the metallic nature of the track.

On making the video Alison said: “The ‘Anymore’ video was shot on the strange & beautiful island of Fuerteventura. I love the volcanic rock and dunes which were also the setting for the still images I took.”

The volcanic island of Fuerteventura that serves as the backdrop for the “Anymore” video and Alison’s new series of self portraits for this album are a total compliment to the elemental drama of Silver Eye.  With its black sands, stark cliffs, rolling dunes and blazing blue skies as a back drop for the stunning twins Alison discovered on the streets of London, Alison has created a set of visuals that are as arresting as they are idiosyncratic.  In demand more and more as a photographer, Alison has been commissioned for other projects, including shooting Laura Mvula live at Somerset House.