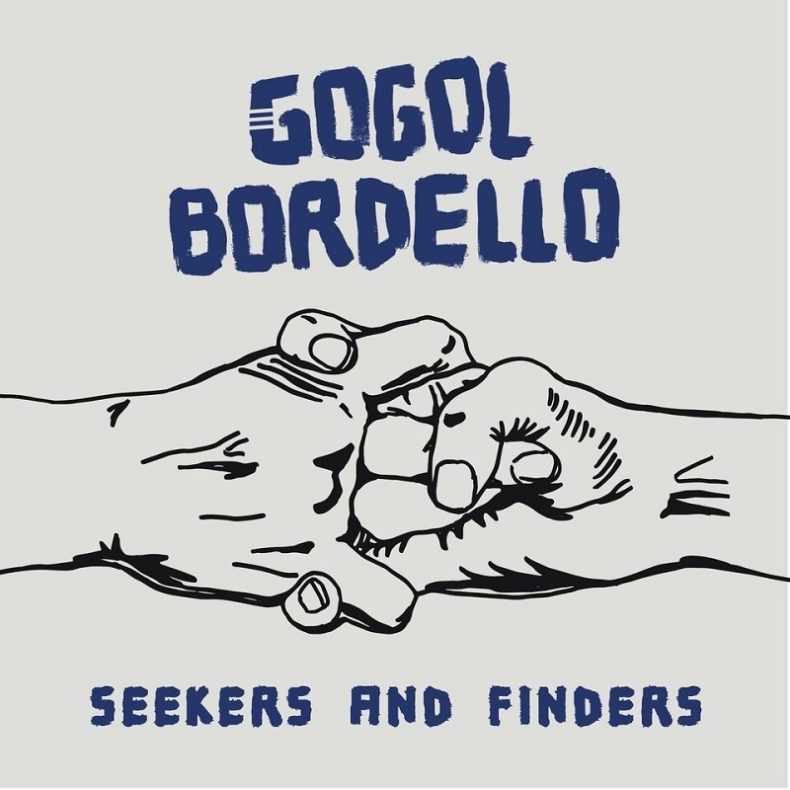 LIMITED RUN OF REISSUES OUT JULY 6

Following the release of their critically-acclaimed seventh album Seekers and Finders, self-proclaimed gypsy-punk rockers Gogol Bordello are unveiling the music video for the album’s title track! Featuring fellow Eastern European and close personal friend Regina Spektor, “Seekers & Finders” is a lilting and breezy track described by Gogol vocalist Eugene Hütz as, “The duet of the wandering Jew and the roaming gypsy by the campfire, which we represent most perfectly.”

Hutz expanded on the partnership, “Now it seems this precious collaboration with our dear friend Regina was in the making all along the years of friendship and mutual support. But it actually materialized rapidly once Regina told me that her ancestry also runs back to Ukraine.  Writing with Regina’s voice in mind was easy and joyous, despite the heavy topics we pondered.”

Director Nate Pommer says of the video: “For the past 15-plus years, I’ve collected footage from Gogol Bordello shows, conducting interviews, embarking on adventures with the band in strange parts of the world and filming it all. The video for ‘Seekers & Finders’ is an outgrowth of this long term collaboration. The live footage was shot at The Fonda Theater on March 5th, 2018; an especially epic bonanza-tronic show featuring the transcendent Regina Spektor. Footage of the performance was combined with a series of curated images related to Alchemy, Hermeticism, and esoteric knowledge. The message is open to interpretation, but we can agree that understanding ‘The Ultimate Truth’ requires a set of tools more powerful than reason or intellect.”

In addition to the new video, three of Gogol Bordello’s first releases will finally be available again on CD and digitally for download and streaming July 6, 2018. The reissues include Voi-La Intruder – the band’s 1999 debut full length featuring the original version of “Start Wearing Purple”, Multi Kontra Culti vs. Irony – The band’s second full length, and East Infection – an EP of songs leftover from the original Rubic Records sessions. A short run of 1000 CD’s each will be available on limited edition digipak.