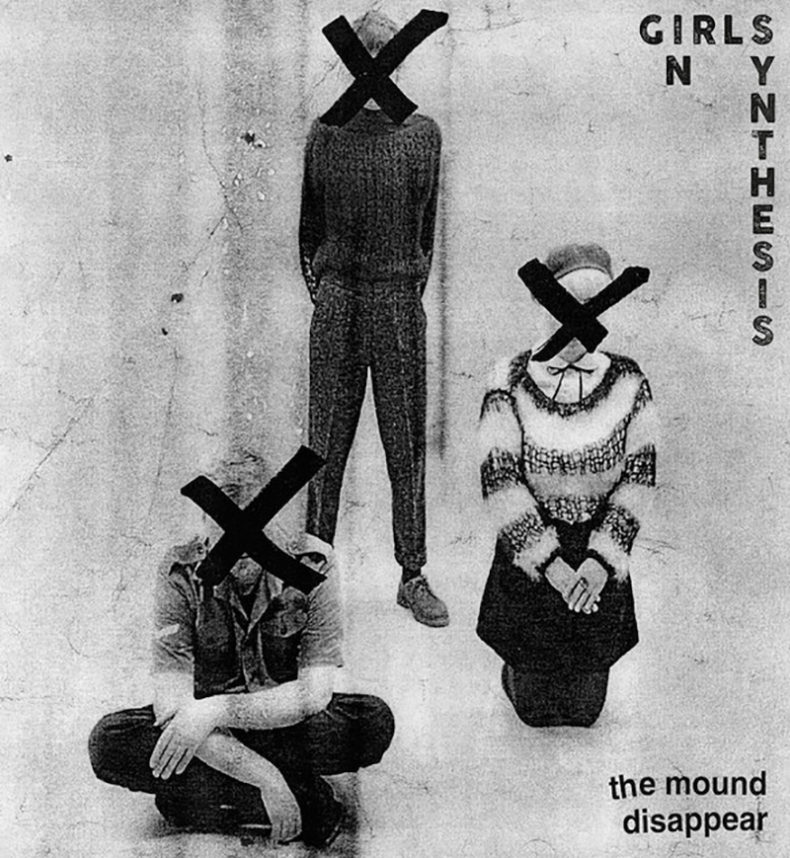 GIRLS IN SYNTHESIS – “THE MOUND/DISAPPEAR”

The release represents the band’s first ever recordings, capturing their live energy and relentlessness. Recorded and mixed by the band themselves, The Mound presents the band driving an aggressive 6/4 beat, whilst barking vague occult lyrics influenced by isolated fields in the French countryside. Guitar sparsely pierces through the circular bass riff, with drums charging consistently.

Girls In Synthesis formed in late 2016 to aurally represent the noise and violence of the modern world.

Since playing their riotous debut shows in London last September, the group have established a firm reputation as a live sonic attack on the senses. Shows with Cherry Glazerr, comrades in arms (and Fat White Family side project) Revenue and a particularly intense show for the elite punk promoters DIY Thursdays have solidified their place as intense outcasts on the London circuit.

Live shows are filled with long periods of noise and feedback, band members running into the audience and garbled Dictaphone audio, featuring dialogue from the UK governments Protect and Survive nuclear war video, Orson Welles speech from the film The Trial and audio from US cult Heaven’s Gate’s suicide video.

by SPILL NEW MUSIC on April 6, 2020
CHARLIE WEBER – “JUNE” A SPILL EXCLUSIVE VIDEO PREMIERE The official music video premiere for “June,” The barroom, tear in your beer ballad by London, [...]