SPILL NEW MUSIC: GEDDY D “FOR YOU THIS FALL” FT. DARIUS MINWALLA OF THE POSIES 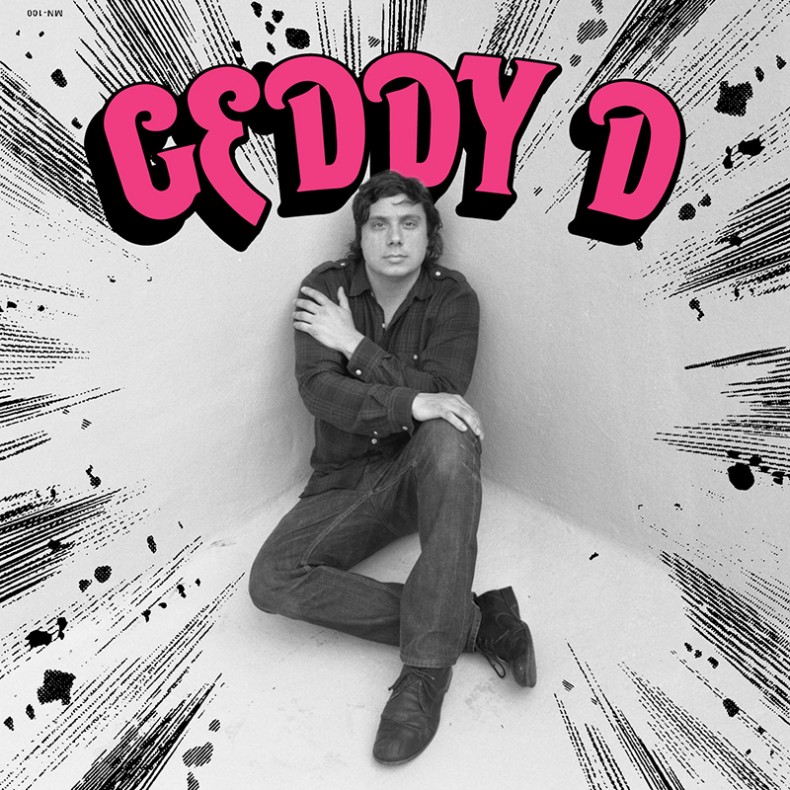 GEDDY D “FOR YOU THIS FALL” FT. DARIUS MINWALLA OF THE POSIES

Geddy D, aka Dave Einmo from Head Like A Kite will release “For You This Fall” on February 26. The song is available now on iTunes and BandCamp (below). The forthcoming single is a tribute to Einmo’s close friend Darius Minwalla, drummer of the Posies. Seeking comfort after learning of Darius’ death, Einmo rummaged through his basement studio hoping to find an unreleased recording of a song called ‘For You This Fall.’” Darius and Einmo had recorded the track together 10 years prior while demoing ideas for a new Head Like A Kite album. The pop-centric track “For You This Fall” didn’t fit the electronic, krautrock aesthetic of the rest of the album, so Einmo never mixed it. It just sat in a box for a decade — until now.

“When I found the track and hit play,” Einmo recalls, “it was like striking gold. It made me so happy to hear him play and to share a memory that had been dormant for so long. The date on the recording timestamp was May 16, 2005 – almost exactly 10 years to the day he died (May 21, 2015). It gave me pause. I just listened to the song over and over.”

Darius was the gregarious optimist with the infectious smile who glued together diverse circles of musical friends. The 39-year-old magnetic personality befriended legions of fans and friends during tours with The Posies, and many other bands including Hugh Cornwell (founder of The Stranglers) and Preston School of Industry (led by ex-Pavement guitarist Spiral Stairs). Darius was a fixture many assumed would always be there with his welcoming enthusiasm. So when text messages and social media posts began relaying the news of Darius’ unexpected passing, it shocked the music community. Many friends searched for condolence and peace in the countless memories Darius gifted to those he encountered. One such memory was waiting in Einmo’s home studio for a decade.

Einmo says rediscovering the song launched a flood of memories touring with Darius in Spain, London, and the U.S. when they played together in Jon Auer’s solo band. Jon, who formed The Posies with Ken Stringfellow, has a penchant for bringing together festive musicians. Playing with Darius exemplified this ethos. Darius brought joy wherever he traveled. His warmth was legendary. “Regardless of how busy he might be,” says Einmo, “Darius always greeted you with the sense that you were the most important person in the room.”

Finding “For You This Fall” the day after Darius died gave Einmo a way to reconnect with his friend. “Hearing his drum fills that purposely slipped behind the beat — the fills that sounded like they were going to trainwreck into the chorus, but then somehow landed right on the one at the perfect time – that gave me chills. For three minutes, each time I listened to this song, it was like having him there. I hit repeat again. And again.”

Einmo says, each time he heard the song, he reminisced. “The memories flashed in front of me. I recalled the time I smashed my Jazzmaster guitar into his drumset during a show in Madrid… and he didn’t get mad. The time my socks smelt so bad from touring that I bathed my shoes with his cologne in London and he just laughed. The time he drove me all the way from Portland to Seattle at 3 AM so we could sleep at home after a late show. The time I misplaced my guitar strap at SXSW in Austin, and franticly searched the stage before he found it. But mostly, I just remembered his welcoming smile and that warm laugh. It underscored how important it is to never take anything for granted.”

Recently mixed by Eric Corson of The Long Winters and mastered by Dave Cooley (Silversun Pickups, M83, Fitz & The Tantrums), the song retains its original tracks. “We didn’t want to re-record new parts and change the character of the song,” says Einmo. “We preferred to keep it true to the original recording.” Analog synths bounce around guitars and Darius’s distinctive drum beats, ultimately climaxing into a pop-anthem chorus.

Julian Ochoa took the cover photo during The Posies 2010 recording of Blood/Candy in Spain. Nat Damm designed the artwork, paying homage to Darius’ favorite band, Rush. Darius’ obsession with the power trio from Ontario was so fierce that he often joked about opening a Rush-themed restaurant called Spaghetti Lee’s. He said the menu would feature “Closer to the Hearty Meat Sauce,” “Veal Peart,” “Working Manicotti,” “YYZiti,” “Red Bruschetta,” and “Spirit of the Radiatore.” It was only fitting that the iconic Seattle bar, The Comet, transformed itself into Spaghetti Lee’s for Darius’ memorial in June.

Darius was a giver. The hope is this track continues to give — both in memories to his friends and fans, and to future experiences for kids in Boise, where Darius went to high school. Proceeds from the release of this single are being donated to Rock on Wheels, a Boise Rock School program that provides music instruction to underprivileged Idaho youth who would otherwise not be exposed to music education.

“It’s been therapeutic,” Einmo says when referring to rediscovering “For You This Fall” and releasing the song. “When your friends depart unexpectedly, there’s no way to get one last hug and say, ‘thank you for making me a better person.’ The release of “For You This Fall” is a tribute to Darius. It’s my hope that it will help spread that warm smile to all his friends.”