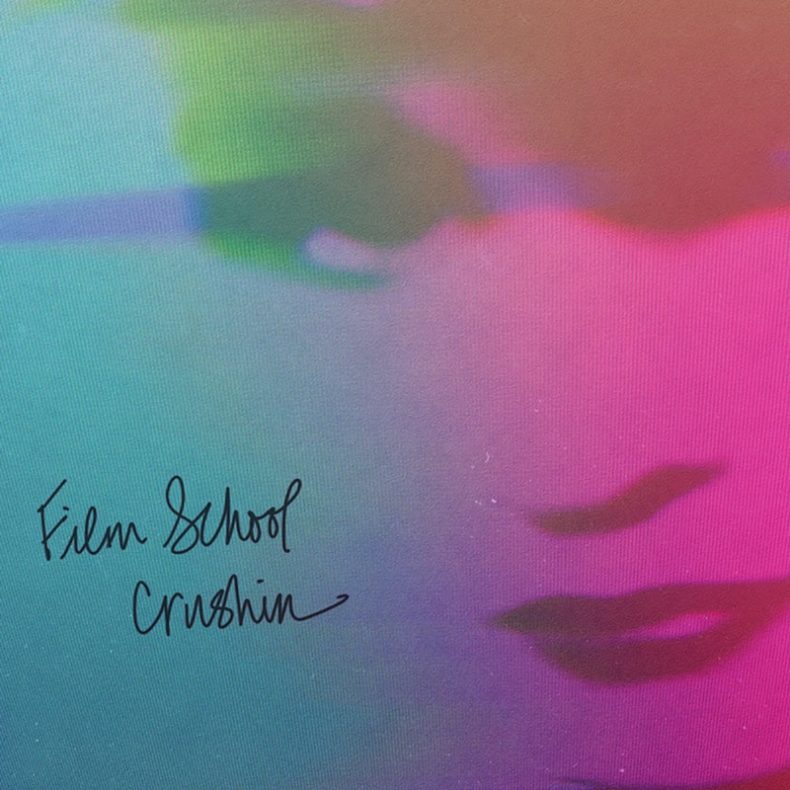 NEW ALBUM TO BE RELEASED THIS SEPTEMBER VIA HAUSKAT RECORDS

Bright to Death is Film School’s fifth album and first full-length since 2011’s Fission. Recorded over 8 days in November 2017 on the outskirts of Joshua Tree, this luminescent collection of 11 songs is the finest showcase yet for the band’s signature layered sonic tones, psychedelic atmospheres, and seductive melodies.

“When this lineup first came together in the early 2000s, I never thought we’d be doing some of our best work 15 or so years later,” marvels Film School singer and guitarist Greg Bertens. “Our [self-titled] album came out in 2006, when bands like the Strokes and Franz Ferdinand were in full swing. The music landscape was totally different then—shoegaze was a bad word. That’s changed.”

“Crushin” the album’s dreamy, melancholy opener (and first single), is the kind of secret message you’d put on a playlist for an unrequited love, in between Beach House and Slowdive. The album gets its title from some text on an artwork Greg had seen, part of an exhibit by Chinese students on the topic of global warming. “Bright to death” popped into his head as the band was recording in sun-blistered Joshua Tree, and it stuck. In addition to four members of the original lineup, the album features drummer Adam Wade (Shudder to Think, Jawbox) on several songs, and was mixed by Dan Long at Headwest Studios and mastered by David Gardner at Infrasonic Sound.