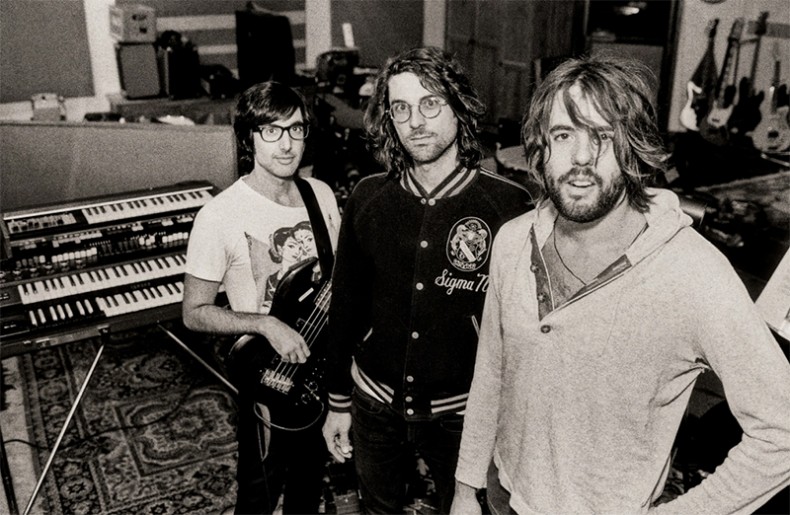 Elephant Stone, like their most obvious influences, are an ever-evolving group led by Rishi Dhir, a musical auteur who sees the world through a lens of the past, but not the recent past. After having successfully courted the vintage fetishist psych community for years, Dhir and Elephant Stone have recently (and easily) evolved into a sound based more around the Creation Records-era from the British Isles, as evidenced by the Primal Scream-esque rhythms of previous single “The Devil’s Shelter” and her follow-up, “Where I’m Going“. Today, they release “Andromeda”, a song completely at home on a record shelf full of Ride and Embrace LPs. The natural progression of Elephant Stone has been thrilling to watch, and the latest material does the era their influenced by a service, rather than just aping it.

Elephant Stone are also about to bring their latest sound to the road. Having recently toured through the west coast of the United States and Canada, the band is Tetris-ing their vintage gear into their vehicle, and hitting up several America cities (including hono(u)rary American city, Toronto) and playing several shows in Austin, TX for SXSW. They have honed their live show into a well-lubricated machine over the years, so be sure to catch them.