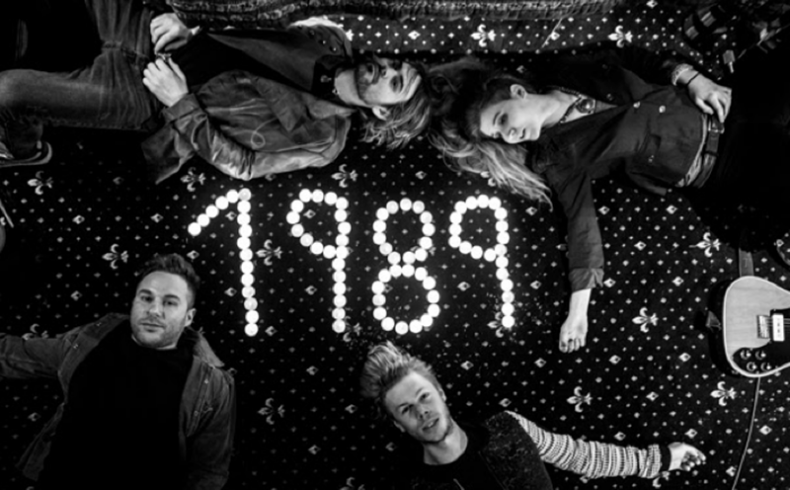 Influenced by the likes of Led Zeppelin, Nirvana, Pearl Jam, Foo Fighters, Queens of the Stone Age, Electric Pyramid are an international bands of artists – Linda and Marco both from Italy, Emma from the UK and Oli is English “with a twist”. They all live around the corner from each other, and began rehearsing together on Oli’s boat after they recognised the potential for collaboration. Now, they’ve become each other’s family. “If your family’s far away, then the people you’re surrounded with, spend most of your time with, they know everything about you.” As a group they have a varied musical history, and Linda is also an active figure on the ‘Girls Rock’’ scene in London and elsewhere.

The band are currently holed up in a recording studio in Cornwall, recording their debut album with producer John Cornfield (Muse, Supergrass) and rehearsing for their upcoming European tour supporting the mighty Queen.

“I think you can just leave it to that – epic, full stop. Queen.” The band know this is a massive opportunity. “It’s really pushing us and it’s great, I think everyone is putting 100% into what we’re doing”. On tour they want to create the same feeling of community and creativity they have back in small venues in London. “We just want to play music and share music with as many people as we can. If that inspires them to go and do their own music, or sing along to our music, or be good in any way, then we’ve kind of nailed it, you know?”