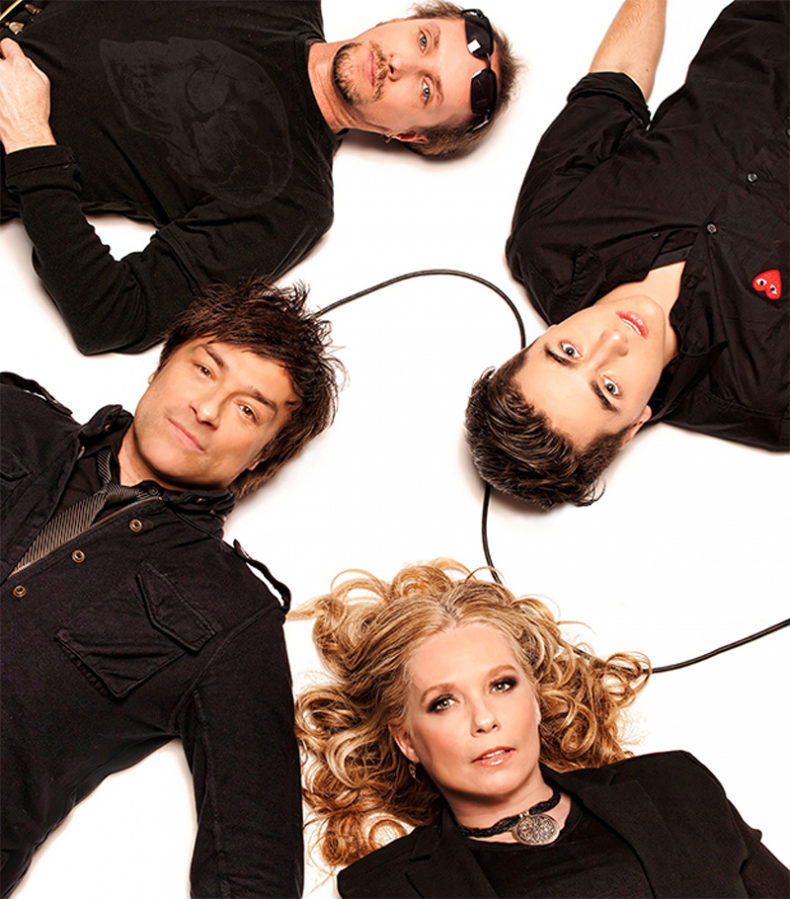 Mark it on your calendars: it’s a New Day New World for iconic Canadian band Spoons and their newest release — available now!

Formed in 1980, Gordon Deppe and Sandy Horne made Spoons a different kind of household word…

They would help define the sound of pop and new wave in the 80s with hits including “Nova Heart”, “Romantic Traffic”, “Old Emotions” and “Tell No Lies.” Their album Arias & Symphonies would go on to be named one of the 20 Most Influential Albums of The 80s by The Chart Magazine, and their song “Nova Heart” was recently included in Bob Mersereau’s book The Top 100 Canadian Singles.

Not bad for a bunch of kids from Burlington, Ontario.

And now, evoking all the fun of their most notorious ear-gems of hits, their newest 12-track missive lands the band firmly in 2019.

Starting off strong with the signature Spoons sound fans new and never-waning come for, the opening song “All The Wrong Things (In The Right Places)” is set and ready for instant anthem status. Trivia buffs will want to know: its final mix was a collaborative campaign after an online contest had listeners nation-wide submit chants to be mixed into the song’s chorus.

And “Beautiful Trap” — a song about all the things we can’t resist, no matter how hard we try — brings back the ‘doot-doots’ of 1984’s hit “Romantic Traffic.”

The band says it wasn’t intentional…. “Like the lyrics of the song insist, it was unavoidable,” they say. “It’s in our DNA!”

by SPILL NEW MUSIC on April 9, 2020
BLINKER THE STAR – “ONLY TO RUN WILD” A SPILL EXCLUSIVE VIDEO PREMIERE “Only To Run Wild” is the first video/second advance single to be released [...]

by SPILL NEW MUSIC on April 6, 2020
CHARLIE WEBER – “JUNE” A SPILL EXCLUSIVE VIDEO PREMIERE The official music video premiere for “June,” The barroom, tear in your beer ballad by London, [...]