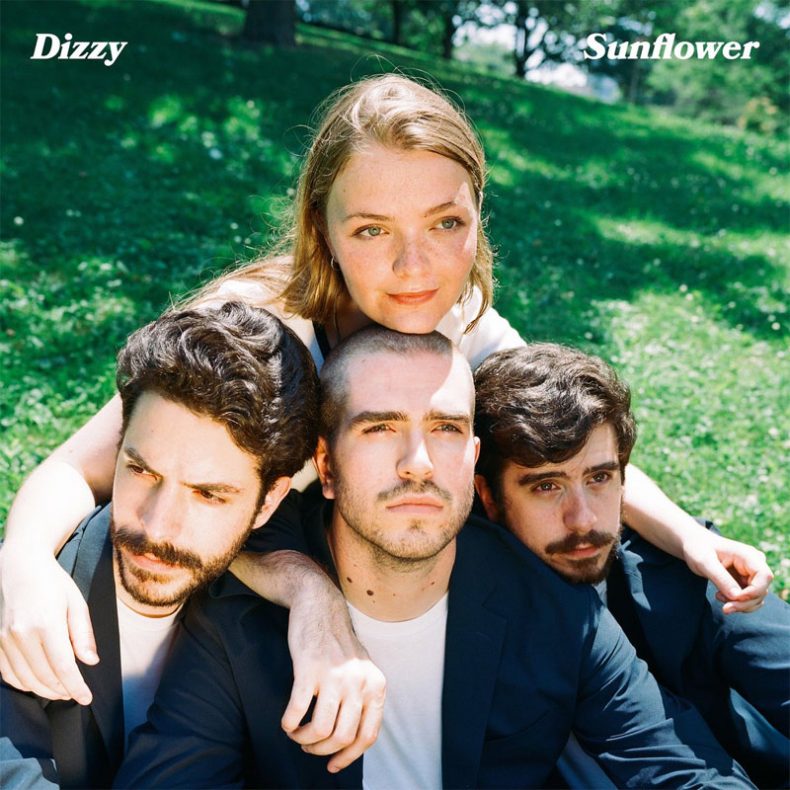 “Sunflower,” the new single from emerging Canadian band Dizzy is out now via Royal Mountain Records. “Sunflower” was produced by Dizzy and mixed by Craig Silvey (Arcade Fire, Florence + The Machine), marking the first new music since the release of their 2018 debut album, Baby Teeth. Of the song, front woman Katie Munshaw explains, “‘Sunflower’ is a three and a half minute ‘snap out of it!’ to myself when I’m feeling low, unconfident or not myself.”

Baby Teeth was Dizzy’s coming of age story, set in the dense suburban sprawl of their hometown Oshawa, ON. Their influences and lyrics were both personal and universal in a way that could speak to anyone who has dealt with the anxieties of small-town ennui. The album won the Juno Award for Alternative Album of the Year in 2019 and garnered international praise from the likes of Apple Beats 1, NME, DIY, Uproxx, The Times of London and Stereogum, who described the music as “a dreamier update of Lorde’s sleek, minimalist pop-rock.” They have also toured with the likes of Death Cab for Cutie, Oh Wonder, Tokyo Police Club and U.S. Girls.

Joined by the trio of brothers who make up the rest of Dizzy—drummer Charlie Spencer and his siblings Alex (guitar) and Mackenzie (bass)—Munshaw is soon to release new music exploring an even more tangled landscape of feelings.

“Sunflower” is out now on Royal Mountain Records. It is available for purchase HERE.