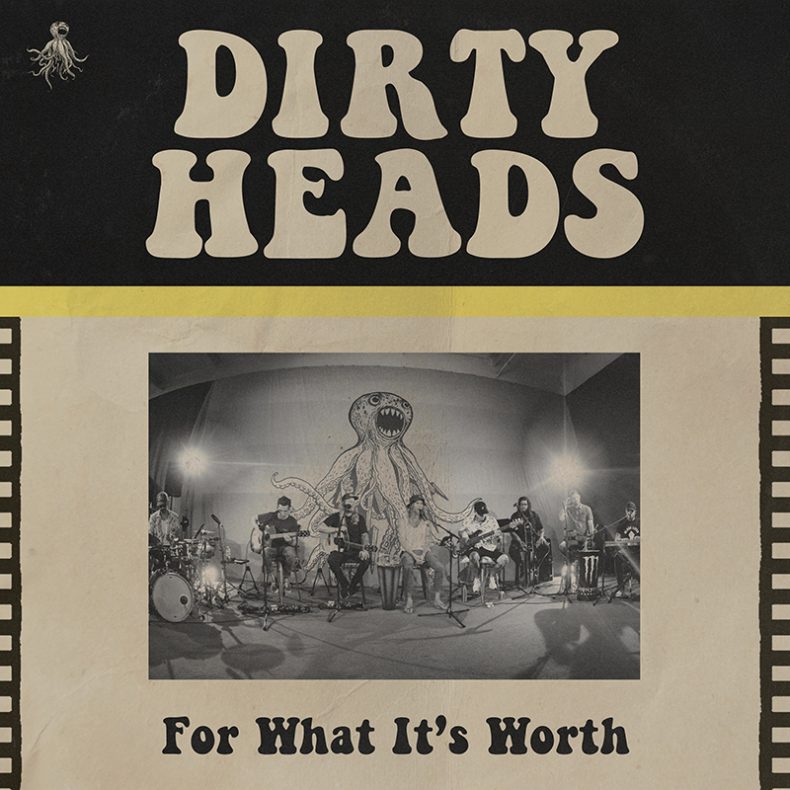 DIRTY HEADS COVER THE BUFFALO SPRINGFIELD CLASSIC “FOR WHAT ITS WORTH”

Dirty Heads releases, “For What It’s Worth,” a cover of Buffalo Springfield’s classic protest song. The band recorded their cover of the 1960’s protest anthem that resonates in today’s political climate.

‘Dirty Heads’ signature laid-back sound fits smoothly with Buffalo Springfield’s lyrics: “There’s somethin’ happenin’ here, what it is ain’t exactly clear…”  Though the original version of “For What It’s Worth” was written by Stephen Stills of Crosby Stills Nash and Young and released in 1966.  The song was originally written as a protest of curfews being infringed on young people on the Sunset Strip in LA, it is also widely perceived as an anti-war song of that era. The message of the song remains hauntingly clear and pertinent in the present day.

“Just Listen to the song and the lyrics and how fitting it is for the times,” says vocalist, Jared Watson.

Stephen Stills said of the song “As the lyrics tumbled out, I quickly realized that my little song spoke to much more than simply a confrontation between a gathering of young people paying a last visit to a favorite music bar about to be demolished and a rather excessive number of LAPD riot police intent on dispersing the overflow crowd that had spilled into the street.  I purposefully resisted the urge to rewrite or expand upon my theme and let the metaphors speak for themselves. Fortunately, succeeding generations have found something in it that touches them personally or alludes to their own sense of foreboding during tumultuous times.”

Dirty Heads formed in 2006, but hit the mainstream with its RIAA gold-certified hit “Lay Me Down” featuring Rome Ramirez of Sublime in 2010. Dirty Heads have headlined shows and festivals all around the world, amassed over 700 million streams and over 2.1 million monthly listeners on Spotify. They have a number of Top 20-charting hits including “Spread Too Thin,” “That’s All I Need,” “Vacation,” “Celebrate” and “Visions.”

The band credits the fans for their continued success and without the ability to tour, Dirty Heads instead have done several live streaming concerts and remain very active on their socials with the goal of spreading hope and good vibes.

SPILL NEW MUSIC strives to keep our readers up-to-date with new releases by your favourite artists, keeping you informed of new album, single, and video releases. Stay tuned -- who knows, you might just discover your new favourite band.
RELATED ARTICLES
better noise musicdirty headsfor what it's worth