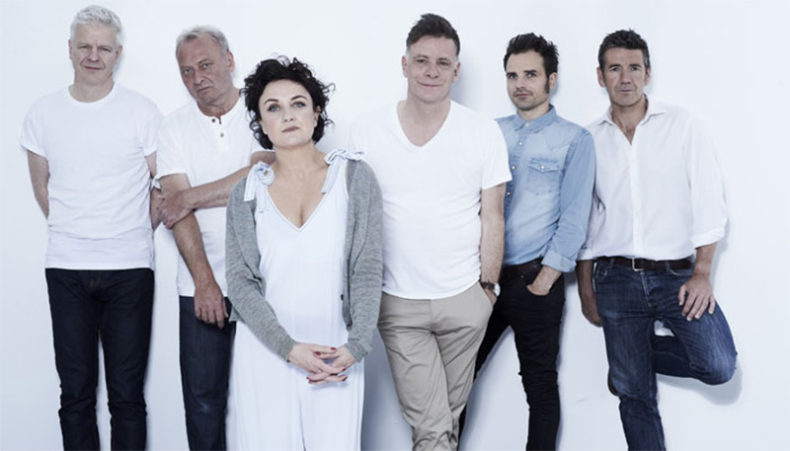 Deacon Blue are proud to announce the release of Live at The Glasgow Barrowlands on March 31st on BluRay, Limited Edition 2CD/DVD, Double Vinyl and digital on earMusic and a new single “I Will and I Won’t” taken from their current  Believers album.

2016 saw the band release their most successful album in 23 years with “Believers”, “I Will and I Won’t” is taken from here and released on March 31st too.

The amazing recording of Live at The Glasgow Barrowlands was recorded on the last night of the ‘Believers Tour’ at this iconic venue on the 4th December 2016.

The event saw the band play their best loved songs from their 30-year career right from their multi-million selling classic debut album Raintown all the way to their much-loved latest release, “Believers”.

Ricky Ross said: “This was always going to be an emotional night for the band, The Barrowlands is a special place, with a lot of memories for us, and this show came right at the end of the tour. The atmosphere was incredible, you could feel it start to build from the moment the crowd came in. It made for a great show, and I think you get to see and hear some of that on this release”.

This unforgettable performance recording of over 2 and quarter hours of music is their first official live release in 10 years and is a must for any Deacon Blue fan.

For Ross and his fellow travellers in Deacon Blue – Lorraine McIntosh (vocals), James Prime (keyboards) and Dougie Vipond (drums, vocals) Gregor Philp (guitar, vocals) and Lewis Gordon (bass)– taking those leaps of faith has become second nature. The band continues to celebrate the legacy of their platinum-selling success in the 1980s and 1990s. But in recent years, they have hit a sweet spot with a creative process that has helped them grow, once again, into a major contemporary act whose new records are play listed on BBC Radio 2 and elsewhere, and who routinely sell out huge venues as disparate as the SSE Hydro Arena in their hometown of Glasgow and, more recently, Aintree Racecourse on Merseyside. With worldwide sales now more than seven million albums – including 2 number 1 albums, five albums in the UK Top Five and 17 singles in the UK Top 40 – the band is back with another reason to believe.

It is now 30 years since the band – founded in Glasgow and famously named after a Steely Dan song “Deacon Blues” – released their million-selling debut album, Raintown in 1987. A string of best-sellers followed: When the World Knows Your Name [1989], Fellow Hoodlums [1991], Whatever You Say, Say Nothing [1993] and a double-platinum compilation Our Town – The Greatest Hits [1994] which included “Real Gone Kid”, “Fergus Sings the Blues”, “Dignity”, “Wages Day”, “Twist and Shout” and many others.

Then the group split up for five years. While Ross built up his career as a songwriter and solo act, he and the other band members set about establishing themselves with remarkable success in various other fields of the media, the arts and academia. But as their lives unfolded, they never gave up on the Deacon Blue dream. A reunion show led on to a new album Walking Back Home [1999] and a follow-up Homesick [2001] after which the band continued to reconvene whenever there was a good reason to do so, of which there have always been many.

Pre-Order Live At The Glasgow Barrowlands Via

SPILL NEW MUSIC strives to keep our readers up-to-date with new releases by your favourite artists, keeping you informed of new album, single, and video releases. Stay tuned -- who knows, you might just discover your new favourite band.
RELATED ARTICLES
believersearmusiclive at the glasgow barrowlands