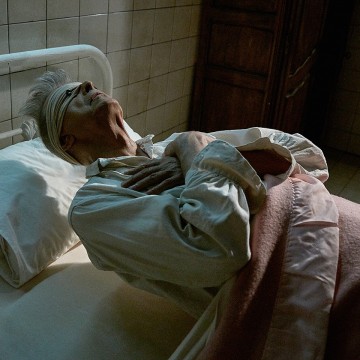 Well, just in case you didn’t know – tomorrow is the big day.  Not only does David Bowie turn 68, he is also set to release a brand new album, ☆ (pronounced Blackstar).  In anticipation of tomorrow’s huge release, he has JUST released the official video for “Lazarus”, the single that was released December 18, 2015. The  video is dark and disturbing, but then again — what else would one expect from David Bowie.