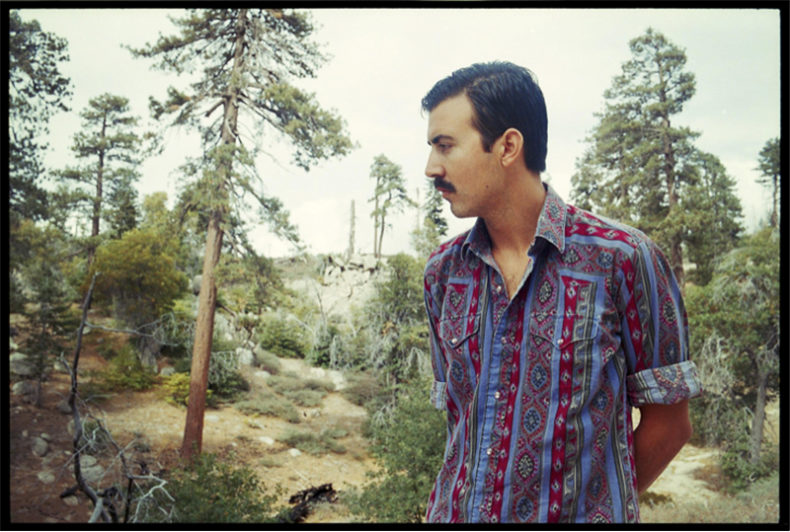 Revered drummer & prolific songwriter, Kyle Crane has lent his talents on tours with the likes of Neko Case and M. Ward among others as well as being the incredible drum double for the Oscar-winning film Whiplash. Crane recently announced an album of his own, Crane Like The Bird due out January 18, 2019, alongside video for lead single “Nicole,” featuring Band of Horses singer Ben Bridwell.

Today, CLTB unveils the soaring video for second album single “Wishing Cap” featuring James Mercer of The Shins as vocalist. Created by Tim Lierman, the video is a metaphor for being transported back in time. After placing the wishing cap on, the hero is transported with the task of healing a world that has fallen apart. The world represents Crane’s own heart after his father passed away. He explains, “When I would visit my Grandparents i would stay in my father’s old room that he grew up in. One time I was rummaging through the closet and I found an old shoe box with letters and an old green baseball cap in the closet. I thought ‘what if I put this hat on and it gives me special powers and I can climb through that old photo on the wall and be transported to the past’”.

Steeped in autobiography, Crane Like The Bird is akin to gazing out different windows of the same childhood house. Crane’s pilot father, Jeff was a Coast Guard lieutenant out of Humboldt Bay, CA; his helicopter went down in a 1997 search-and-rescue mission, leaving the family shattered. The album tells the story of the time leading up to his father’s death and the effects on them – everything from the music to the album art that includes his father’s old pilot logs and maps, and the album cover photo of his mother at the site of the crash on the cliffs of Mendocino, throwing a rose out to sea.

The album touches on love, loss and memory, but also ski lifts and Nintendo, making it clear that romance songs don’t have a monopoly on the universal human experience. The impeccable collaborations on the album makes it come alive with diverse palettes; Conor Oberst on lush track “When I See” featuring Daniel Lanois on pedal steel and Kurt Rosenwinkel on electric guitar, James Mercer on jangly, fast-driving opener “Wishing Cap,” Luke Steele on synth-laced “Mendocino,” Peter Morén on New Wave–inflected “Glass Half Full” and Sabina Sciubba in spoken French on the shimmering “Kaleidoscope,” blossoming under jazz pianist Brad Mehldau. Stay tuned for more from Crane Like The Bird.

SPILL NEW MUSIC strives to keep our readers up-to-date with new releases by your favourite artists, keeping you informed of new album, single, and video releases. Stay tuned -- who knows, you might just discover your new favourite band.
RELATED ARTICLES
band of horsesben bridwellcrane like the bird
8.0