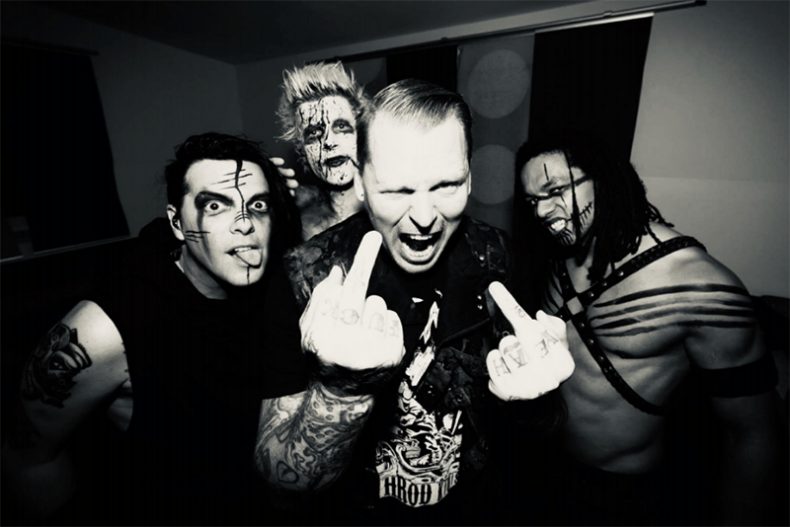 COMBICHRIST PREMIERES OFFICIAL MUSIC VIDEO FOR “NOT MY ENEMY”

Industrial core band Combichrist has premiered the official music video for single “Not My Enemy” today. There will be headlining US tours in September with support from King810 announced soon.

“I’m stoked as fk about this track. Rich DeSilva killed it doing this video for me. The world might be standing still, but music still keeps flowing,” says Andy LaPlegua, the band’s vocalist.

The years that followed brought on 6 more full-length albums —What the Fuck Is Wrong with You People? (2007), Today We Are All Demons (2009), Making Monsters (2010), No Redemption (Official DmC: Devil May Cry Soundtrack)(2013), We Love You (2014), This Is Where Death Begins (2016) -as well as a handful of additional EPs. On top of Combichrist’s many releases, LaPlegua has also logged countless miles, globetrotting on tours of Europe, South America, Australia, the United States, and four full months in Europe and North America touring with Rammstein (in front of hundreds of thousands of people).Combichrist released album One Fire, in June of 2019.