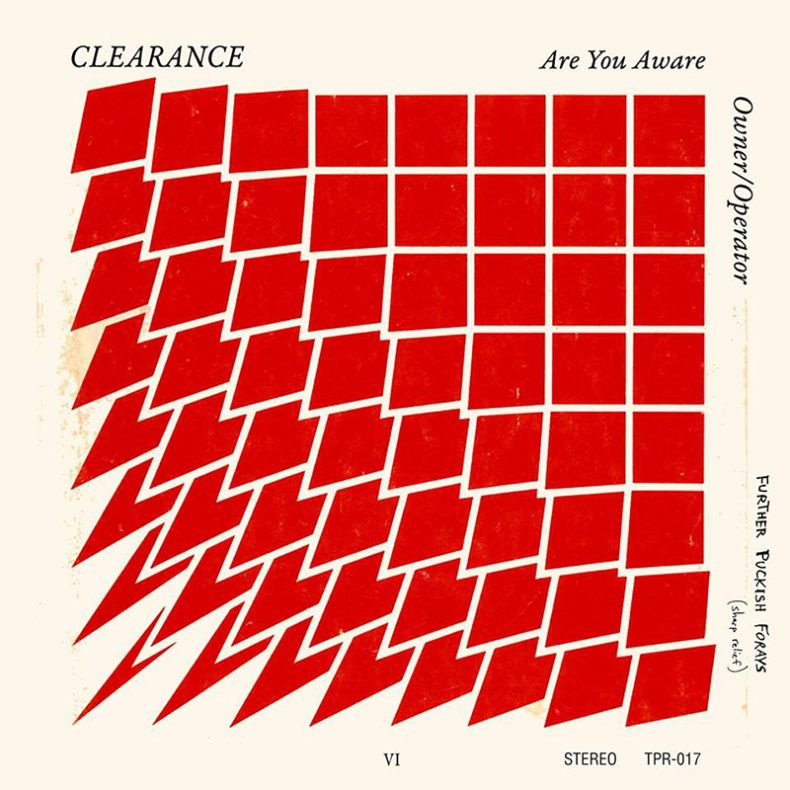 Clearance is an independent rock band from Chicago. The group started in 2013 when singer/guitarist Mike Bellis and drummer Arthur Velez, who had first played punk covers together at house parties while still students at the University of Michigan, recorded and self-released a four-song, 7″ EP to figure out how to make and put out a record themselves from scratch. Another 7″ EP quickly followed, and the pair quickly started drafting friends to help them play their songs live around town. After two years and change spent cutting their teeth throughout Chicago’s vibrant DIY scene – becoming a fixture on bills throughout the city’s bars, basements, and record stores alike – and with a handful of tours throughout the U.S. under their belt, the group, now rounded out on bass by Greg Obis and another guitar by Kevin Fairbairn, met toward the end of 2014 to record their first LP, 2015’s Rapid Rewards, a cheekily-titled batch of 13 tracks that captured the mix of anxiety and malaise familiar to the newly adult and municipally independent, delivered with the detached humor, millennial skepticism, and slapdash style of a young band just starting to hit its stride.