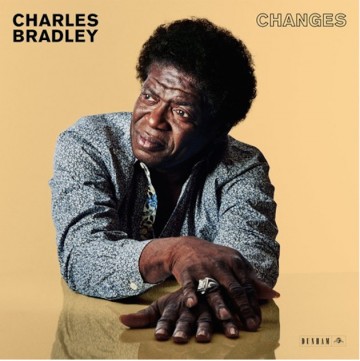 Charles Bradley just released a new track from one of the Most Anticipated Albums of 2016 (Rolling Stone, FLOOD Magazine, NY Observer). Change for the World is the second song from Changes, his third album due April 1 on Dunham / Daptone Records. Regarding the track, Bradley tells The FADER: “This world is in turmoil–guns, violence–people are feeling like they have no way out. Young people don’t know which way to turn. This song is about opening up our minds to understand–talk with the young people, hear what they have to say. We’ve got to change for the better of our souls. We’ve got to change our love. Get back to the golden rule and people’s sense of humanity.”

Previously, the Brooklyn-based 67 year old released the powerful video for the album’s first single ”Changes”—  a cover of Black Sabbath’s 1972 ballad—which went on to hit #1 on the HypeMachine video chart. The track also made it to the Spotify Viral Top 50 chart, and has been played on influential radio stations across the country including KCRW, KEXP, WXPN & more.

The Screaming Eagle of Soul has also made a name for himself as a riveting live performer and was named to the top spot on Paste Magazine’s Best Live Acts of 2015. He has taken his show to venues and festivals across the globe including Coachella, Glastonbury Festival and Primavera Sound, and has announced an extensive headline North American tour this spring, including shows at New York’s Beacon Theatre and Los Angeles’ The Theater at the Ace.

The remarkable against-all-odds rise of 67-year old, Brooklyn-based Charles Bradley has been well documented. He transcended a bleak life on the streets and struggled through a series of ill-fitting jobs before finally being discovered by Daptone’s Gabriel Roth. The year following the release of his 2011 debut album No Time For Dreaming was one triumph after another including a breakthrough performance at SXSW, several television performances and having the album named to many year end best of lists. The soul singer’s ascent continued with the 2013 release of his triumphant second album Victim of Love, which saw Bradley emerging from his past heartaches stronger and more confident, overflowing with love to share. With Changes, the powerhouse performer brings music fans of all ages another unforgettable set of songs and will continue to bring his live show to stages around the world.