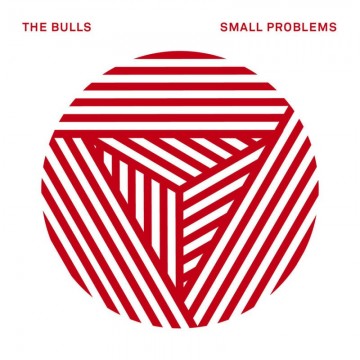 Anna Bulbrook of The Bulls having just finished putting on her massively successful all-female festival, GIRLSCHOOL, takes no time to rest and is back at it with her band, releasing the video for the titular track from the Small Problems EP today. Directed by Evan Mathis, the video is one long tracking shot of Anna and bandmate Marc Sallis strutting through Joshua Tree that anyone from one of the colder parts of the country will yearn for this time of year. Special shout out to Sallis’ “November Rain” power stance during the guitar solo.

Los Angeles dream-gazers The Bulls originated when violinist and multi-instrumentalist Anna Bulbrook (The Airborne Toxic Event / Edward Sharpe and the Magnetic Zeros) and guitarist Marc Sallis (The Duke Spirit) discovered their mutual love for new wave and shoegaze from the 80s and 90s during a chance meeting in the Mojave Desert. Their first single “Come Unwound,” featuring Bulbrook’s hazy vocals and soaring strings, debuted on Consequence of Sound with the track receiving critical acclamation on a myriad of sites from around the world. The song’s accompanying, Kinbaku-bondage-inspired video premiered at LA Weekly and instantaneously racked-up over 5,000 plays. A remix of the track by Morgan Kibby (M83 / White Sea) features the Grammy-nominated artist contributing her signature vocal harmonies and lush electro-orchestral arranging to create a new, cinematic musical landscape. In March of 2015, the Bulls were Alt 98.7’s featured “Artist in Residence,” which saw the radio debut of “Come Unwound.” During the same month, KROQ started spinning the Bulls’ still-unreleased song, “Small Problems”. Although they only began playing their first-ever shows in 2014, the band will be headlining the legendary Monday Night residency at Los Angeles alternative club The Satellite for the month of August. The band’s debut EP was released on August 28, 2015.

Small Problems is out now via Spotify and Apple Music. More info on The Bulls (HERE)