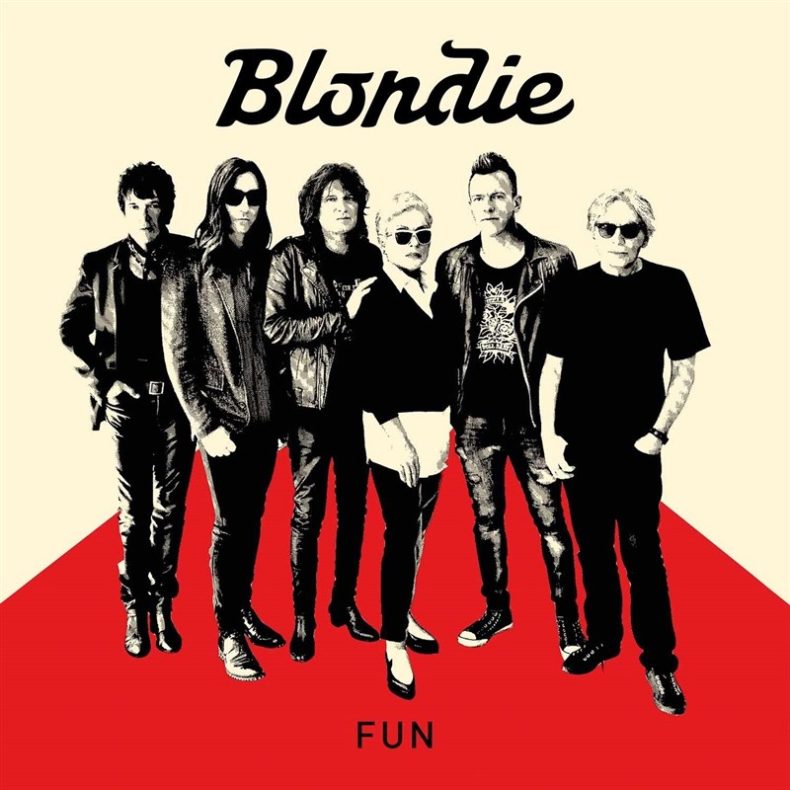 Blondie will release their 11th studio album entitled Pollinator on May 5th via BMG – a remarkable album that stands alongside any in their celebrated and trailblazing career.

It was GRAMMY® Award-winning producer John Congleton (Franz Ferdinand, St. Vincent, Sigur Ros) who brought the late ‘70s Parallel Lines attitude out of Blondie again on Pollinator, with arrangements that are fast and fun, lyrics that are are romantic and teasing, and synth-stoked hooks that evoke the new wave era. For their most collaborative album to date, recorded at NYC’s famed studio The Magic Shop, Blondie enlisted an eclectic group of songwriters who have offered their own interpretation of Blondie’s legacy back to the very band that helped to shape their own musical DNA. TV On The Radio’s Dave Sitek returns Blondie to a 21st Century Studio 54 on “Fun.” Blood Orange frontman Dev Hynes penned “Long Time,” a song about “racing down the Bowery” and wondering if life turned out the way you wanted it to. The Sia-penned track “Best Day Ever,” a collaboration with The Strokes’ Nick Valensi, ponders the push-pull of bittersweet memories. The Charli XCX tune “Gravity” bonds Charli and Debbie in their mutual pop-punk cheekiness. “My Monster” comes courtesy of The Smiths’ Johnny Marr. “Fragments,” the contribution from Adam Johnston aka an Unkindess, was first heard as a sample on the Canadian indie artist’s YouTube movie reviews.

Blondie’s classic songwriting duo of Debbie Harry and Chris Stein are at the heart of Pollinator’s creation, and founding drummer Clem Burke provides the unmistakably thrilling propulsion throughout. Harry and Stein’s instantly addictive “Doom Or Destiny” boasts vocals from the invincible Joan Jett while their carnival-esque “Love Level” features vocals from cross dressing comedian/singer and Bob’s Burgers regular John Roberts. The Gregory Brothers (founders of Songify the News) appear on “When I Gave Up On You”. Renowned creative pioneer Laurie Anderson appears on “Tonight,” a hidden track penned by Charli XCX song found only on the CD version of the album.

Blondie have already announced April 2017 Australia and New Zealand dates, which are soon to be followed by the concert dates in the US and Canada, the UK and Europe.

For the last four decades, Blondie – Debbie Harry, Chris Stein, Clem Burke and long-standing band members Matt Katz-Bohen, Leigh Foxx and Tommy Kessler – has become and still remains a true national treasure; one whose influence both shaped and continues to inform the worlds of music, fashion and art. From an irreverent Lower East Side punk outfit to bona fide international ambassadors of New York cool, Blondie will forever be synonymous with that punk spirit that lives somewhere in all of us. Their chart-topping success, fearless spirit and rare longevity led to an induction into the Rock ‘N’ Roll Hall of Fame in 2006, a NME Godlike Genius Award in 2014, a Q Award for Outstanding Contribution to Music in 2016, and more than 40 million albums sold worldwide to date.