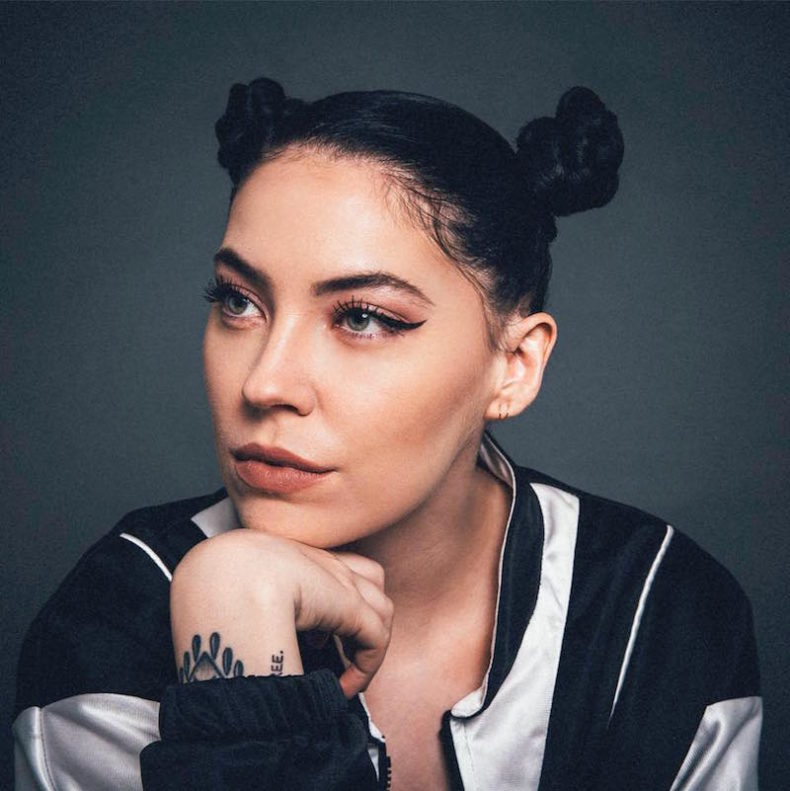 Island Records artist Bishop Briggs, whose debut album Church of Scars debuted top 10 worldwide, has released her new single “Baby”. Produced by John Hill (“Feel It Still” by Portugal. The Man),“Baby” is an infectious and exuberant anthem that draws inspiration from an infatuation with a leather-clad lover: “My baby’s misunderstood / How could something so bad look so damn good / Yeah he’s still my baby / Yeah he’s fucking crazy but he’s still my baby.”

“My new single, ‘Baby’ is about my love life. I am learning that in order to love someone else you have to love yourself. I feel that imperfections have a way of really showing you who someone is. This song is cheeky and light and it has left me feeling more liberated than ever. I hope you like hearing about conversations I normally have in private with my friends!” – Bishop Briggs

“Baby” follows up Church of Scars, Briggs’s widely acclaimed album that exploded on all DSP’s earlier this year. “Baby” manages to masterfully blend both the poppy ups and moody downs for which the worldly artist has been so wildly celebrated, with a vibe that’s just as rebellious as the love she describes: “Doin’ stupid shit when he drinks too much / But he looks good in leather so I don’t give a fuck / And his Gucci shoes chewin’ Juicy Fruit / And he’s got that sugar, sugar for his sweet tooth / And I love the way that we walk the train tracks / Foggin’ the windows up, on the way back.” “Baby” joins Briggs’s earlier critically acclaimed singles, including “River”, “Wild Horses,” and “White Flag”.

Briggs recently concluded a meteoric sold out 2018 North American tour, with stops in Los Angeles, Chicago, Atlanta, Toronto, Vancouver and Seattle, among other markets, and will soon be headlining additional U.S. and European dates this fall. See full itinerary below. Go to Bishop Briggs’ website for info on tickets and unique, limited VIP Tour Experiences.

Briggs is nominated for MTV Push Artist of the Year, competing against the likes of SZA, Khalid and Lil Xan at the 2018 MTV Video Music Awards. The awards will air live on MTV on August 20 in New York City.