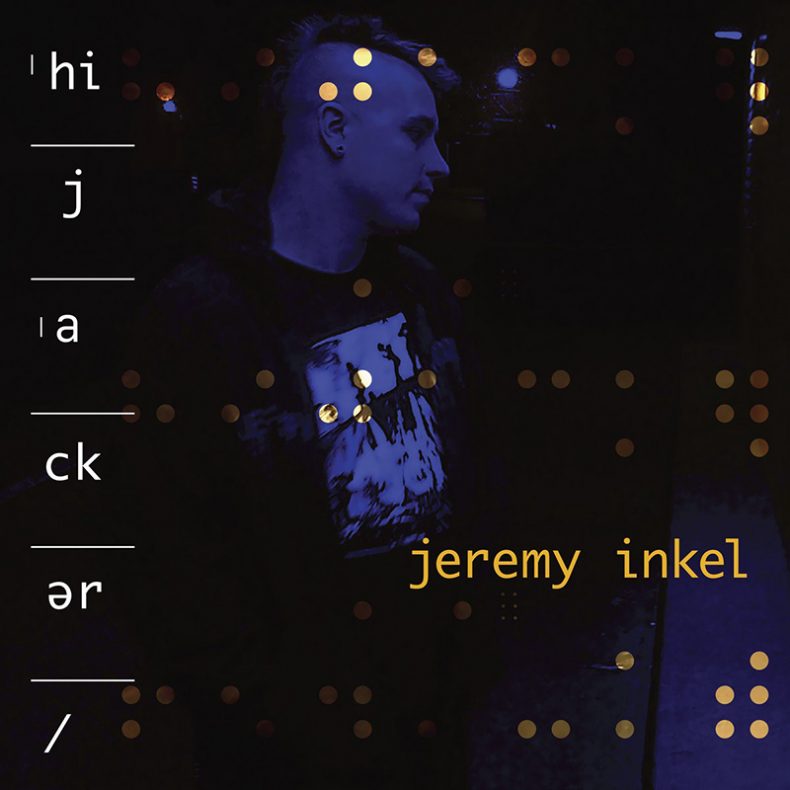 Jeremy Inkel’s debut as a solo artist comes to us nearly three years after his untimely passing. The multi-talented producer was a veritable machine, simultaneously juggling his roles in Front Line Assembly and Left Spine Down, while also making significant contributions to Delerium and Noise Unit. He was a touring warhorse in some of these bands, spending time on the road with Ministry and Skinny Puppy, and he shined in the studio, co-writing killer FLA songs and always adding his youthful, brilliant energy.

But the album he always wanted to make is Hijacker.

Hijacker celebrates Jeremy’s life. It’s an album of hard-hitting EBM and techno grooves and industrial dancefloor experiments. But it’s also an album about late-night work. It’s about life on the road and back-stage, about life in small towns and love in big towns. It’s an album that is all Jeremy.

Hijacker shows its influences: acid techno looms large, as does early WaxTrax dancefloor 12” records. Fans of Stephan Bodzin will hear his unique style in the mix, and repeat listens will bring out deeper doses of Deadmau5, The KLF, and, of course, the modern sound of Front Line Assembly, which Jeremy had such a hand in shaping.

Hijacker will be released on CD and vinyl formats worldwide on Toronto-based Artoffact Records, as well as on all streaming platforms on November 6th, 2020. A portion of proceeds from each sale will be donated to the Vancouver Food Bank.

Artoffact Records is honoured to have been chosen by the Jeremy Inkel estate as the label to represent Jeremy’s final artistic statement. It’s a huge responsibility that we shoulder with pride and humility.

by SPILL NEW MUSIC on November 19, 2018
WET ASHES – “DELERIUM” A Spill Exclusive Video Premiere Filmed outside of a Neo-Gothic church in Guadalajara Mexico, the story of ‘Delirium’ shows a man detached [...]

by Samantha Stevens on December 8, 2016
EMBRASSER LA MYTHOLOGIE AN INTERVIEW WITH BILL LEEB OF DELERIUM I still remember the night I first heard Delerium’s “Silence (ft. Sarah McLachlan).” It was a snowy [...]
8.0

by Samantha Stevens on September 23, 2016
Delerium Mythologie Metropolis Records Full of beautifully ethereal melodies and transitional soundscapes, Delerium is back with its 15th studio album, Mythologie. Since Delerium’s founding in [...]
8.0