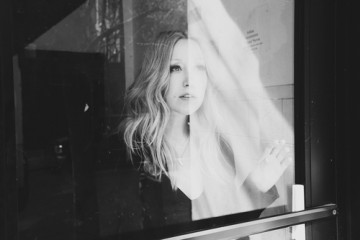 New York-based artist Anya Marina has released “Gimme Resurrection” from her fourth LP, Paper Plane, out January 29th on Good Rope Records. The single is now available for purchase and streaming at all digital stores.

“Gimme Resurrection” is co-written and produced by Eric Hutchinson. Anya Marina will join Eric Hutchinson for an acoustic mini-tour beginning in December. See below for dates.

Marina broke out in 2009 when her track “Satellite Heart” was included on the massively popular Twilight: New Moon soundtrack. Rolling Stone said Anya Marina sounded like, “…a mixture of Liz Phair sex appeal and Boswell Sisters cabaret with a dash of Jung.” SPIN Magazine highlighted Marina in its 2008 column, ‘Breaking Out,’ for her sophomore release, Slow & Steady Seduction: Phase II.