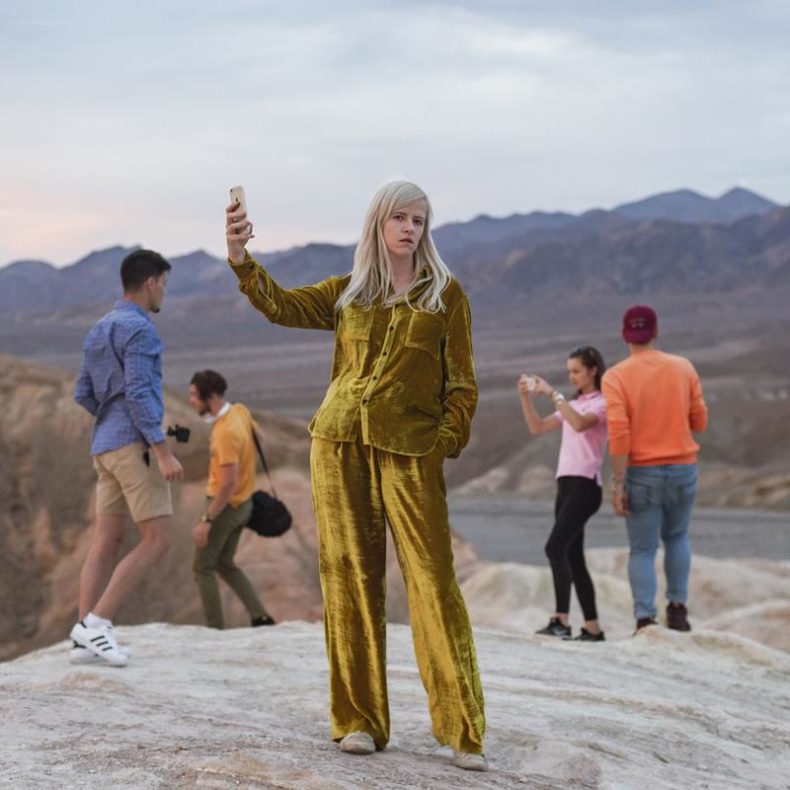 Following the worldwide success of her debut album Fading Lines and consequent Cannoball EP, today Dutch musician Amber Arcades is pleased to announce news of her sophomore album, European Heartbreak, that will be released on September 28th, 2018 through Heavenly Recordings. In conjunction with this announcement, Amber Arcades has also shared her single, “Simple Song” and an accompanying video. The video is part two in a trilogy of videos which aim to give a deeper understanding of the album and De Graaf’s thinking around what’s currently happening in Europe, love, the passing of time and how the three intertwine. All feature music from European Heartbreak. Watch and listen to “Simple Song” below.

Annelotte said the following about “Simple Song”: “This music video forms part 2 of a trilogy which tells a modern European (love) story, touching on various thoughts and feelings that inspired my new record. Using the medium of film to tell this story ties it to one of the central ideas of the record, which is the essential nature of storytelling in understanding our lives. For me, part 1 focused very much on a feeling of isolation, being trapped in an external surrounding which feels anxious and numb at the same time. Part 2, the music video for Simple Song, translates these feelings into the dynamics of a romantic relationship.”

European Heartbreak was recorded and co-produced in LA with Chris Cohen from Deerhoof and in Richmond, Virginia with Trey Pollard (Natalie Prass, The Waterboys, Bedouine) who oversaw horn and string overdubs from Spacebomb. A vast step forward from her critically acclaimed debut album Fading Lines, this selection of songs flit around Europe, from Berlin to Spain to the south of France. It’s European not just in lyrical theme but in the sly sophistication of its music: songs that carry with them the air of open-topped cars on clifftop roads, of cocktails on the terrace at sunset. And then the lyrics undercut that sunny mood, artfully and skilfully.

European Heartbreak is about the nature of past and memory and our tendency to over-romanticize the events of our lives. It also deals with the passage of time, the relationship between past, present and future. And what is revealed, as the past is examined, is the disillusionment that had been concealed behind the carapace of romance. “Alpine Town”, “Oh My Love”, “Something’s Gonna Take Your Love Away” and “Goodnight Europe” encapsulate the album, digging into the themes of the record the most. Tourism, the romanticising of the past and of new love, how everything moves in cycles, the way things always change but never really change, our fluid concepts of nationality and identity… Both in politics and in love. European Heartbreak is an album that feels devastatingly truthful, precisely because it admits the lies.

Annelotte says the following about the album:”If it were called American Heartbreak, you wouldn’t bat an eye. Somehow calling it European Heartbreak feels far less comfortable, almost like a statement in itself. I’m Dutch, hence European. The focus of the record is Europe. As for Heartbreak, for mea heartbreak symbolises any kind of falling apart of one of these concepts or stories we invent for ourselves, like romantic love, a sense of identity, nationality, an economic system. It’s kind of a universal thing in my mind.”

After recording sessions in LA, Annelotte embarked on a week-long road trip through California’s national parks ending up in Death Valley, viewing the sunset from a famous vantage point. Surrounded by tourists with their smartphones, all very much not of their environment, the moment captured the sense of alientation that haunts the album’s 11 songs. Everything clicked, it all came together: our quest for meaning, our ongoing existential crisis, our desire to live life to the fullest, and our need to convince ourselves we are doing so and to try to prove it to the world: through something as mundane as holiday photos. Photos taken at this moment would end up forming the album artwork and imagery.

You can take all that from European Heartbreak. On the other hand, of course, you can just hear one of the year’s best pop records, and relish the skill of the writing, the depth of the production, the insidiousness of the melodies. It depends how far you want to lift the veil of life.

Amber Arcades will perform live in the UK and Europe throughout this summer.