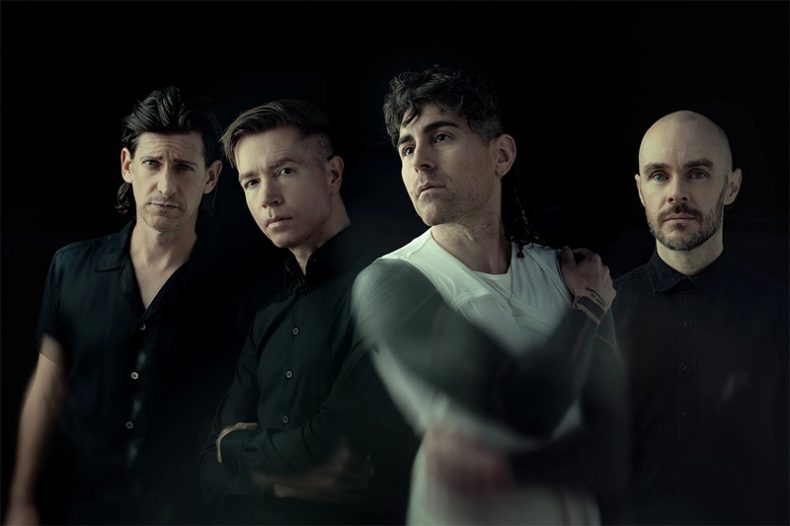 AFI has announced its eagerly-awaited new album Bodies, due June 11, 2021 via Rise Records. The album is heralded by two new songs — the driving “Looking Tragic” and the fast-paced, hooky “Begging For Trouble” — alongside a video for “Looking Tragic” by longtime AFI collaborator Adam Mason. Both new tracks will be included on a limited 7″ — find more information HERE. Bodies was produced by the band’s own Jade Puget and mixed by Tony Hoffer (M83, Phoenix, Silversun Pickups).

“‘Looking Tragic’ addresses the theme of overstimulation resulting in desensitization,” says frontman Davey Havok. “Melodic and driving, the song came to life quickly and immediately stood out as a track to make bodies, if not sentiments, move.”

“After years of receiving early versions of songs from Jade and Davey, in forms that span loosely arranged chords and scratch vocal to fully realized demos, I think I have become quite adept at knowing which songs will or will not make the record,” adds drummer Adam Carson. “‘Begging For Trouble’ was green lit, at least in my mind, the moment I heard the vocals come in. To me, the track is a cornerstone of the new record.”

The album announcement follows last month’s release of “Twisted Tongues” and “Escape From Los Angeles,” which were the band’s first new music since the acclaimed The Missing Man EP in 2018. Hear both tracks HERE. The tracks were included on a limited 7″, which can be purchased HERE.

When the world last saw AFI, the multi-platinum group was packing venues behind 2017’s AFI (The Blood Album), which hit No. 1 on Billboard’s Alternative and Hard Rock Albums Charts and No. 5 on The Billboard 200. It was the band’s second consecutive Top 10 Billboard debut, following 2013’s Burials.

Q gave AFI (The Blood Album) 4 stars, and the AV Club said the band sounded “as fired up now as they were 25 years ago.” People magazine made it a Pick of the Week, Kerrang called it a “serious contender” for the Best Albums of 2017 list, The 405 praised it as “their strongest album in a decade” and ABC News gave it 3.5 stars and described it as “a dynamic record that should please both old and new fans of the band.”

After the release of AFI (The Blood Album), the band was hardly content to rest on its laurels. AFI then released yet another highly-praised addition to their discography, 2018’s The Missing Man EP. They quickly followed that release and extensive headline touring by thrilling audiences with a series of 2019 performances alongside The Smashing Pumpkins.

AFI are leaders, not followers. A collective in a perpetual state of creative evolution as fluid as the evocative figures contorting on the cover of Bodies, their newest collection of songs. The record is a snapshot of unrelenting artists in motion, unconcerned with compromise or outside demands.

AFI’s unshakeable connection with their audience is a testament to the band’s knack for reinvention, renewal, and exploration, anchored by an unblemished authenticity. AFI songs are embedded in the spiritual DNA of a legion of supporters and Bodies is further demonstration of AFI’s unwavering commitment to artistic exploration, a dark conjuration of an uncapturable muse. 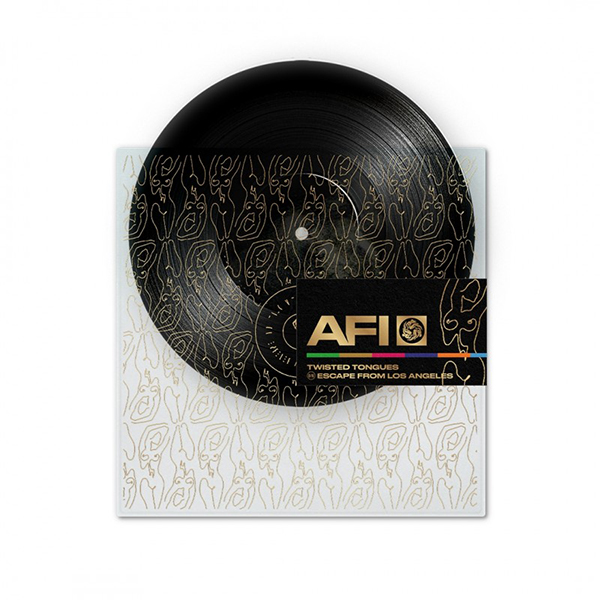 The band initially summoned a steady subcultural groundswell in the mid-90s, devoid of careerist ambitions. The band first made music as teenaged misfits in an obscure Northern California town, steadily assembling a dense catalog over the years marked by its diversity and authenticity.

“AFI is such an integral part of who I am. What we do with AFI together is a foundation for me,” explains frontman Davey Havok. “Coming back is a return to a home I’ve always known.”

It’s a sentiment shared by the entire band. “I couldn’t do what I do in AFI in any other place,” observes guitarist Jade Puget. “Davey and I have written songs together for over 20 years now. I couldn’t find the thing he and I have together anywhere else, nor the thing the four of us have when we come together. AFI is home for me and will always be that.”

“At this point, it’s not even a choice. It’s just what I do,” drummer Adam Carson concurs. “I started this band with Davey when I was 16. It’s something that I love so much. It’s just a part of me.”

“Every album is an opportunity to show people a snapshot of our evolution,” adds bassist Hunter Burgan. “And with this band, it’s always something fresh. We’ve been playing together for so long that I have a deep understanding of each of my bandmates‘ musical styles, and yet I am still pleasantly surprised by the new things they bring to each record.”

AFI never stepped into the mainstream; the masses came to them. The platinum success of Sing the Sorrow blazed a path for a generation of hardcore-punk weaned bands to similarly crossover. 2006’s Decemberunderground upended expectations again and earned AFI a second platinum plaque. Crash Love was another adventurous turn, with expansive and almost optimistic-sounding melodies, glistening with emotion. The haunting Burials arrived four years later, debuting in the Top 10 of the Billboard 200. The self-titled follow-up, commonly referred to as “the Blood Album,” became AFI’s second-highest charting album since their inception, debuting at No. 5 in 2017.

“Anyone who knows our catalog knows that no two records really sit together,” Puget points out. “Some sit a little closer, maybe. We do certain things, just by virtue of who we are, that are consistent, but those things come about organically. Every time we do something, I have to judge it on its own merits. Some fans are going to judge a new album, or a new song, based on what’s come before. But as artists, we can’t do that, because it would only hinder our creativity.”

Bodies was mixed by Tony Hoffer (Depeche Mode, Belle & Sebastian) and mastered by Vlado Meller (Oasis, Pink Floyd). Puget produced the album and handled most of the engineering.

Like similarly artistically-minded iconic bands, AFI’s ever-evolving identity has kept their sound, themes, and overall image fresh. A place in rock n’ roll history assured by magical musical androgyny, both post-modern and timeless, AFI remains guided by the flames of authenticity and determination that defined their first ten albums and are sure to drive the next ten and beyond.