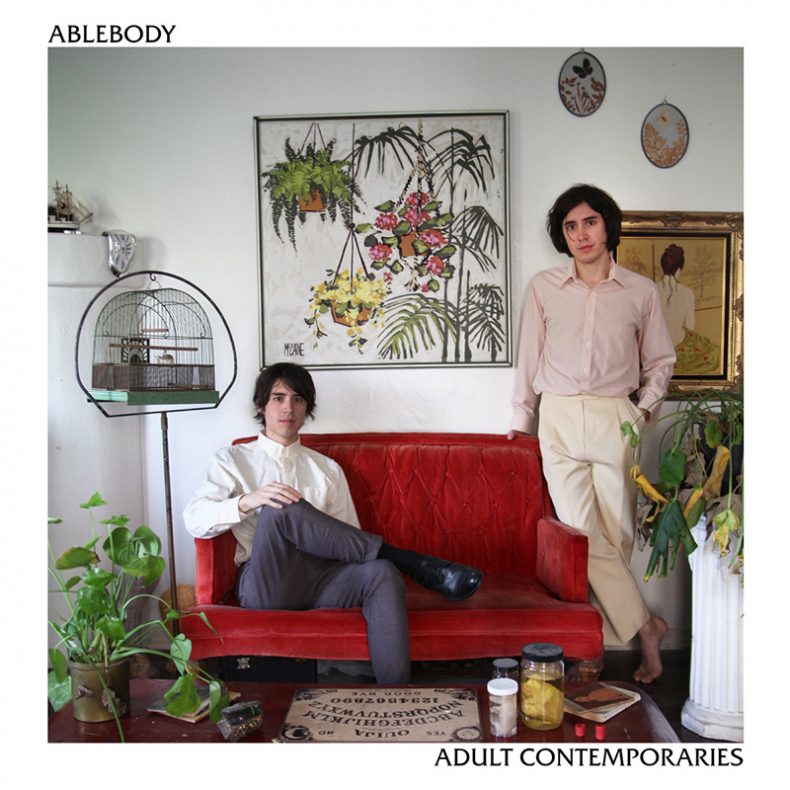 Ablebody is an LA-based duo comprised of identical twins Christoph and Anton Hochheim (members of The Pains Of Being Pure At Heart + The Depreciation Guild). They’ve been quietly releasing music under this moniker since 2013, self-releasing an EP and 7″ single, crafting remixes and demoing original material as well as a myriad of covers.

This week they share the single “Gaucho” with an accompanying video from Lily X, who has directed videos for Prince Rama, Diva, Doldrums, Sean Nicholas Savage and more. You can now stream the video below or on YouTube and the track itself on SoundCloud.

Drawing from the raw grandeur of the 60’s, the melodicism of soft 70s pop and the sophisticated side of romantic 80s synth pop, Ablebody stand suspended between decades; students of the past but far from retro fetishists. Their musical prowess is evident but the songwriting remains tastefully direct at all times, with arrangements that bend and move in surprising ways but tastefully blanket the overarching sentiment of the songs in a way that we rarely hear in this decade.

The duo have recently taken their sound from the bedroom to the studio, working with producer/engineer Kenny Gilmore (Ariel Pink’s Haunted Graffiti) to craft songs with a more visceral edge than they’ve explored in the past. Daniel Rosenbaum (Pomar) and Jordan Sabolick (Mt. Ossa) have joined the duo to help bring the songs to life and add new dimension to the live dynamic.

Their debut full length record Adult Contemporaries will be released by Lolipop Records on October 14, 2016.

by Rachel Fucci on August 17, 2018
Mystic Braves The Great Unknown Lolipop Records There’s a beach somewhere in Southern California where it’s been the Summer of Love for the last 50 years. The air is consistently [...]

by Isabel Armiento on July 5, 2018
FEED THE CHILDREN, YOU DUMMY A CONVERSATION WITH CHEAP TISSUE The eclectically-named garage punk band Cheap Tissue brings back the nostalgia of old school [...]
7.0