Music Premiere
65
previous article
SPILL BOOK REVIEW: KENNETH WOMACK - SOLID STATE: THE STORY OF ABBEY ROAD AND THE END OF THE BEATLES
next article
SPILL VIDEO PREMIERE: ELIZABETH THE SECOND - "NO ONE CARES" 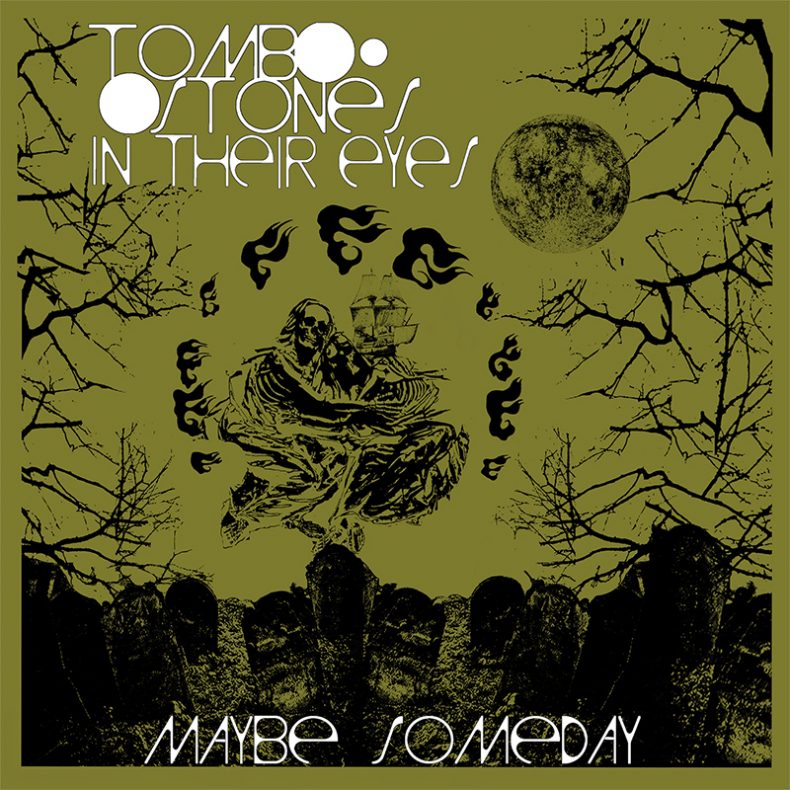 Previewing their new album ‘Maybe Someday’, the b-side is an alternative version of ‘Dreams’, the final track off the new long-play. Tombstones create walls of sound that are simultaneously sonorous and hazy. These are cavernous, stoner lullabies that descend into post-rock soundscapes and are wrapped in dark shoegazing dreamscapes. Both tracks are superb and leave you in a tripped-out state, wanting another dose of that sweet drug.

Obviously worth the wait (just listen to the two tracks on offer here in the first single), ‘Maybe Someday’ is the first long-play from Tombstones In Their Eyes since their debut release ‘Sleep Forever’ (2015). This album comes on the heels of several critically acclaimed releases: their ‘Nothing New’ EP, ‘Shutting Down’ single and ‘Fear’ EP. Earlier they also released their huge sounding ‘Bad Clouds’ EP (2016).

This album was recorded at L.A.’s Kitten Robot Studio with Paul Roessler (Nina Hagen, The Deadbeats, The Screamers, 45 Grave), The cover artwork was created by Trevor Tipton, well know for his work with The Black Angels, Primal Scream and Levitation Festival, among others.

“It was time for another full record; luckily, the songs kept coming, starting with the song ‘Maybe Someday’ – one of those songs that just pours out with almost no effort.  The song is very sad, really.  We had a few more songs ready and we went into Kitten Robot Studio, with our good friend Paul Roessler at the helm, to start the record.  Open Skies was originally almost a joke song with lyrics about all the ways I could kill myself, until I got it together and wrote real lyrics,” says John Treanor.

“This set of songs still carries a bit of the sadness and depression that permeated some of our earlier stuff, but I was definitely in a better place this time around (although you may not be able to tell by the lyrics).  Less depression and catharsis, more joy. These songs do not all fit into one neat box.  We don’t use the same sounds on each song and the songs reflect the scope of what we do.  I wanted to do a keyboard based song, and Paul is such a great player so I wanted him to contribute, so we ended up with something really different for us called ‘Dreams’, the b-side for our first single”.

As of October 16, the ‘Open Skies’ will be available digitally at https://tombstonesswc.bandcamp.com/album/open-skies. The full ‘Maybe Someday’ album will be released on November 15 on limited edition CD through Somewherecold Records, and will be available digitally across platforms such as iTunes and Spotify.  It can already be pre-ordered via Bandcamp at https://tombstonesswc.bandcamp.com/album/maybe-someday

Check out the accompanying video, produced by the infamous Psyche Coaster: