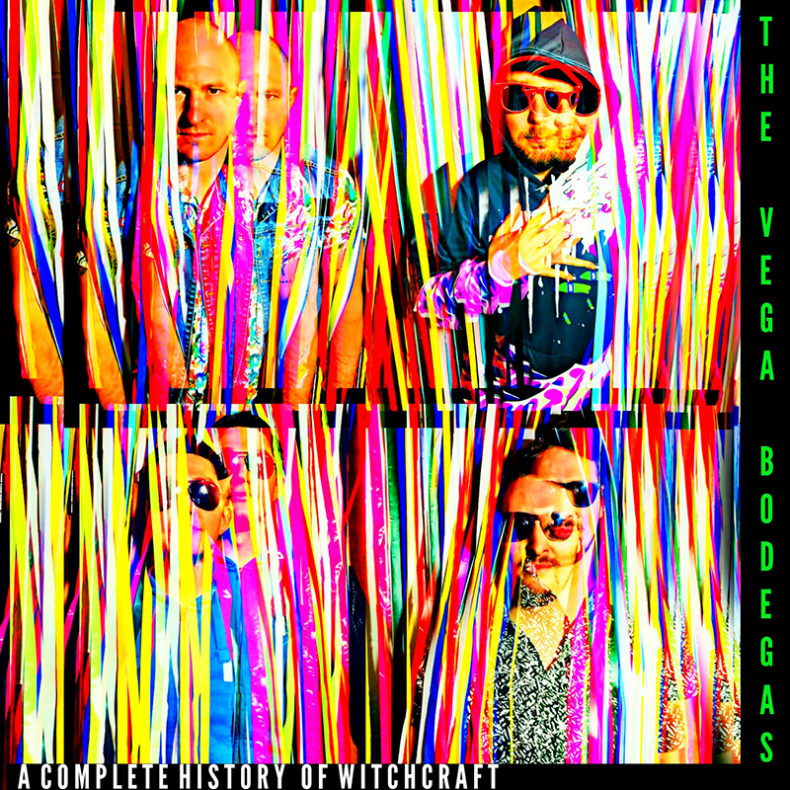 THE VEGA BODEGAS – “A COMPLETE HISTORY OF WITCHCRAFT”

According to The Vega Bodegas main vocalist Jimmy Watkins (ex-Future Of The Left and Strange News From Another Star) the bands debut album is “about aliens, love, monkeys, earthquakes and food.”

“It’s an album that has already been described as a “riot of lyrical bizarreness, musical awkwardness and general tomfoolery” from a band that’s “trip[ping] the light fantastic between surreal stand-up and unhinged rock and roll.” (WalesOnline)

The title track ‘A Complete History of Witchcraft’ will be released on Libertino’s ‘Ghost Disco’ singles club on August 31st. This is  a song that encapsulates the glam garage explosion that is The Vega Bodegas and their debut album, a band painting in bright colours, stream of consciousness lyricism and the melodic hooks of prime boogie Supergrass and the guitar dexterity of stadium filling Manics.

Strap in and be ready this will be some ride!!!

Jimmy Watkins said:  “A Complete History of Witchcraft” was the first track we finished when recording the album. We heard it back and producer Charlie Francis gave us this menacing nod as if to say “oh yeah. That is good.” It gave us such a buzz and that confidence carried on throughout the recording. I wrote the lyrics in the notebook next to the bed. I woke up from this dream where I was on an easyjet flight with all these amazing women from history. We were going training in the alps somewhere. It was a bit like the play Top Girls by Caryl Churchill. The two names I used are those of friends of mine. I could’t get anything to rhyme with Joan of Arc or Mother Teresa. Every morning when I come back from the gym my neighbour who works on a farm says to me “waste of time going to the gym. I work on my fitness at the farm.” He’s a funny one. That’s where that line comes from.”